Helios and Matheson stock is rallying after it was revealed that MoviePass and Fandor are teaming up for a Costco.com deal, but it may not be much of a deal for the parties behind the promotion.

The best way to make an unsustainable model even more likely to implode is to make it even cheaper, and that's just what Helios and Matheson's (HMNY 0.00%) majority-owned MoviePass is doing by teaming up with Fandor to offer a discounted annual plan through Costco (COST 0.29%) this week.

Costco.com will be selling an annual subscription that includes MoviePass and movie streaming site Fandor for $89.99. Only Costco members can purchase the deal, and it will only be available through Monday of next week. MoviePass is the fast-growing service that allows multiplex customers to see a daily film screening as often as they would like for $9.95 a month. The more obscure Fandor offers streaming access to a catalog of thousands of indie and international films for $4.99 a month. Paying the monthly rate for both services would set you back $167.28, so Costco's limited-time offer is a pretty good deal. The real question here is if it will be a pretty good deal for the three companies tethered in this odd promotion. 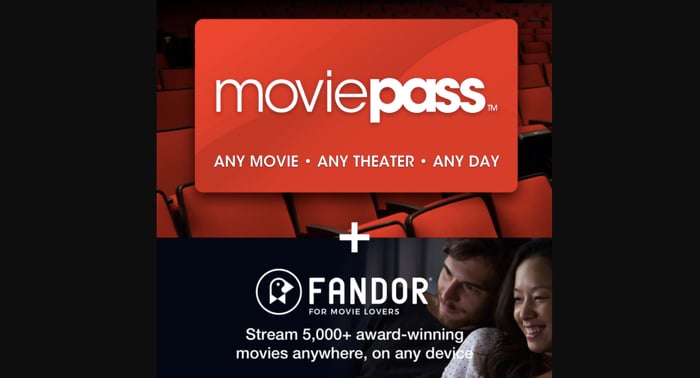 Some have compared MoviePass to Netflix (NFLX -0.51%), calling the subscription service the Netflix of theaters. It's an easy comparison to make as both companies operate attractively priced video-consuming smorgasbords. It also only helps with the association that MoviePass CEO Mitch Lowe was part of the founding executive team at Netflix. However, to be fair, MoviePass is more like the old DVD-based Netflix. MoviePass members are limited to screening no more than one standard movie showing a day. They're also limited to the product that's out there. It's not the perpetual access to a binge-worthy catalog that Netflix has become, and that's where Fandor comes in, with its limited but indie-inspired platform.

The market likes Tuesday morning's announcement, sending shares of Helios and Matheson 29% higher at the open. It owns a little more than 53% of MoviePass, and it's been a volatile proxy for the service the past few months. The problem with the reaction is that if MoviePass is highly unlikely to turn a profit at $9.95 a month, how much money is it going to burn through with marked-down annual plans? MoviePass has to pay face value for most tickets. The country's largest multiplex operator says it's collecting an average of $11.88 per ticket from MoviePass customers, and you know MoviePass members are seeing more than a single movie per month. Discounted annual plans may help provide a near-term infusion of cash, but this is going to be a house of cards when its installed user base is huge and Helios and Matheson realizes that it can't monetize its audience through ads or data mining to the point of being anywhere near profitability.

Then we get to Costco. It's a golden brand, but it may be a little tarnished once this promotion plays out. One thing that's dogging MoviePass these days is that it has poorly mismanaged its growth. It's taking too long for new members to get their cards, and customer support has been weak to non-existent when things go wrong. Load up any official MoviePass social media posting and read the comments. It's scary stuff. Some folks have been billed for months without receiving their cards. The app doesn't work for some users. Refund requests have proven to be a challenge. Costco is going to have a pretty angry membership base if MoviePass doesn't get its act together.

The MoviePass app was down for several hours yesterday, infuriating some people who drove out to the movie theater since the debit cards can be activated for ticket purchases only within 100 yards of the multiplex. It's just the latest stumble for a company offering a value proposition that is too good to be true because, well, it is too good to be true. MoviePass is struggling to get a grasp on its newfound popularity, and Costco may pay the price for sending warehouse club members its way. Netflix has nothing to worry about for now.