If you need more income than ExxonMobil's 3.7% dividend yield, here are three alternatives.

First off, ExxonMobil (XOM -2.81%) is an excellent dividend stock. The company has a fantastic record of generating excellent shareholder returns -- and of growing its dividend. However, if you want more income than ExxonMobil's 3.7% dividend yield provides, there are some attractive options out there. Here's why our contributors suggest that income-hungry investors take a closer look at Iron Mountain (IRM 1.06%), Verizon Communications (VZ -0.37%), and Royal Dutch Shell (RDS.A) (RDS.B).

This 6% yielder is making some exciting moves

Matt Frankel (Iron Mountain): Iron Mountain is a real estate investment trust whose primary business is secure document storage. This 6.1% yielder makes about three-fourths of its money from its records and information management business, which it conducts in more than 1,400 facilities around the world. 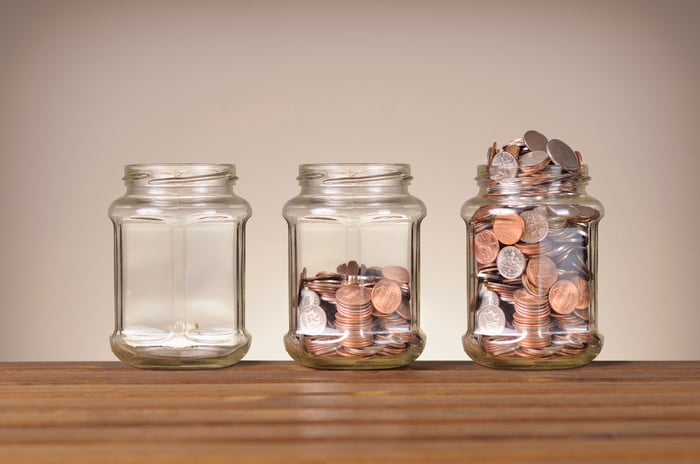 Essentially, this is a unique type of real estate play that has the positive attributes of the self-storage business, such as low maintenance and operating costs, without the downside of high turnover. Whereas the typical self-storage unit is leased on a month-to-month basis, Iron Mountain's customers agree to store their documents for a period of years. In fact, 50% of the boxes stored in Iron Mountain facilities 15 years ago are still there today. 95% of the Fortune 1000 are Iron Mountain customers.

In addition, Iron Mountain has quietly been getting into the data center business, which could be an excellent long-term growth opportunity. The need for data storage has been growing rapidly and showing no signs of slowing down, and Iron Mountain has the ability to leverage its trusted brand name. Data centers make up a small portion of the company's revenue today, but Iron Mountain plans to grow this area of its business over the coming years.

Just recently, Iron Mountain said it would buy IO Data Centers for $1.315 billion, which the company intends to finance with a combination of debt and equity. The market didn't seem to like the news very much, and the stock dropped, which could create an excellent opportunity for long-term investors to get in.

Market leadership and a sky-high yield

Verizon is the largest wireless carrier in the U.S. Its wireless division alone generated over $21 billion in the third quarter. True, the division is suffering amid fierce competition from competitors like T-Mobile. And this is what leads us to Verizon's plans for the future.

The company still generates lots of cash -- over $17 billion so far this year. It is using this money to invest in becoming a 21st-century media and distribution powerhouse.

For example, Verizon just closed a deal to pay the NFL $1.5 billion over the next five years to stream live football games to its subscribers. Naturally, Verizon will be inserting ads during the games. The move is being made to bolster its content-credentials and build up its AOL and Yahoo! sports hub properties.

Its cost-cutting initiatives solidify Yahoo!'s chops as a dividend stock. Over the next four years, management has a stated goal of cutting costs by a total of $10 billion.

With a juicy 5% dividend, status as the No. 1 mobile carrier in the U.S., and increasingly savvy investments in content, Verizon is a dividend stock that safely pays investors a higher yield than ExxonMobil.

Reuben Gregg Brewer (Royal Dutch Shell, plc): Shares of Shell are up 12% this year, while Exxon's are down 8%. And still Shell provides a better yield, currently around 5.75%. That's lower than it was before, but there's good reasons for that...and for income-minded investors to still be interested, here. There have been two notable negatives at Shell in recent years: high levels of debt and poorly executed energy projects.

On the debt front, the integrated oil major increased its long-term debt load by 50% in 2016 to fund a major acquisition. It was an aggressive move consummated when oil prices were still relatively weak. However, since that point, Shell has inked deals to sell off nearly $30 billion of non-core assets. Long-term debt, meanwhile, is down around 8% since peaking in late 2016. I don't believe there's a material reason to worry about debt at this point, particularly since oil prices are now more supportive, and Shell recently ended its cash-saving scrip dividend program.

As far as execution goes, Shell is turning a corner here, too. Return on invested capital has risen since a nadir in late 2016. Notably, it has begun to close the gap that existed between its performance and Exxon, a perennial leader on this metric. Shell believes that, as it reshapes its business, it can get that metric up to around 10% -- more than twice its current level. So there's reason to be optimistic here, too. I wouldn't call Shell cheap today, but if you are an income investor, it's still a fair price for good company with a hefty dividend yield.