Please ensure Javascript is enabled for purposes of website accessibility
Log In Help Join The Motley Fool
Free Article Join Over 1 Million Premium Members And Get More In-Depth Stock Guidance and Research
By Keith Speights - Dec 17, 2017 at 9:09AM

What did it take to rank among the top three biotech stocks this year? At least a 440% gain.

But which biotech stocks performed best of all? Excluding biotechs with tiny market caps below $200 million, three stocks take the top honors for the year: Sangamo Therapeutics (SGMO -4.21%), XOMA Corporation (XOMA -7.58%), and Marinus Pharmaceuticals (MRNS -3.91%). Here's what made 2017 such a fantastic year for these biotech stocks. 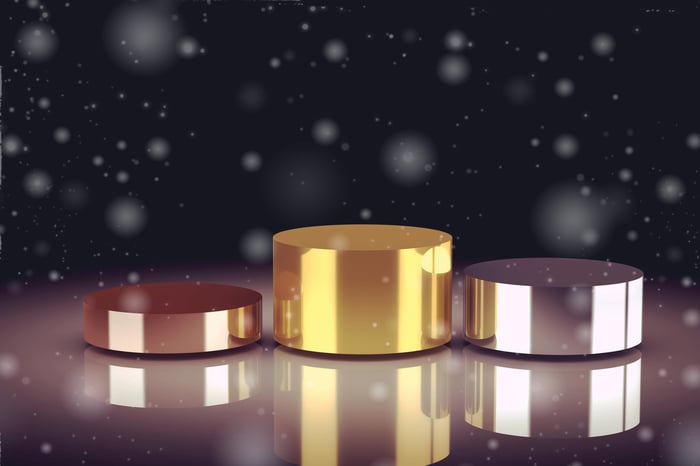 While Marinus, XOMA, and Sangamo were the best-performing biotech stocks this year, a couple of other biotechs deserve honorable mentions. Alnylam Pharmaceuticals (ALNY -2.93%) stock more than tripled in 2017, while Nektar Therapeutics (NKTR -4.29%) stock soared more than 350%. In a sense, Alnylam's and Nektar's gains are even more impressive than the top three biotech stocks, since the two companies started out the year with market caps of $1.8 billion and $3.2 billion, respectively.