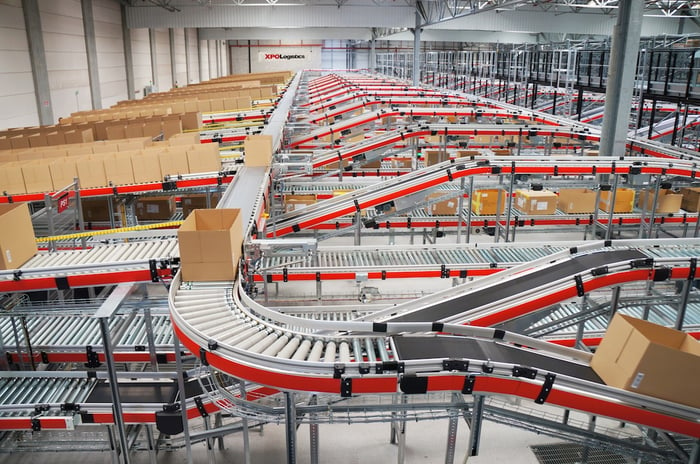 According to the Recode article, Home Depot has held internal discussions about making a bid for the freight, transportation, and logistics provider, whose market cap soared past $10 billion on the news. Part of Home Depot's justification for a bid seems to be to prevent Amazon (NASDAQ:AMZN) from taking over the company; the e-commerce giant has been making inroads into package delivery, including taking a stake in Atlas Air, an air cargo provider, buying thousands of truck trailers, and handling its own last-mile delivery with an Uber-like program called Amazon Flex. But what Home Depot's other rationales for a bid might be are less clear.

XPO is best known for last-mile deliveries of heavy and large items like furniture and appliances, partnering with IKEA and other such retailers. Home Depot essentially stopped opening new stores in 2008, and has invested profits, instead, in better in-store service and e-commerce, as well as returning capital to shareholders through dividends and share buybacks. Quietly, the company has become one of the biggest online retailers in the country, and sees e-commerce as an increasingly important part of its business.

Whether or not Home Depot will make an offer for XPO is unclear, but the news could spark a bidding war if Amazon joins the fray. Other retailers such as Walmart might also throw their hats in, as the delivery company would offer any buyer a unique set of assets at an affordable price compared to industry titans like FedEx and UPS.

Keep an eye on this stock for the next few months, as volatility is likely to follow today's news.