Shares of Chipotle Mexican Grill Inc. (NYSE:CMG) were up 5.7% today after a notable analyst upgrade.

More specifically, this morning SunTrust analyst Jake Bartlett reiterated his firm's buy rating and increased his per-share price target on Chipotle stock from $355 to $363 -- a healthy premium over Chipotle's price at just under $310 per share as of this writing. To justify his optimism, Bartlett argued that tax reform will prove to be a "windfall for restaurants." 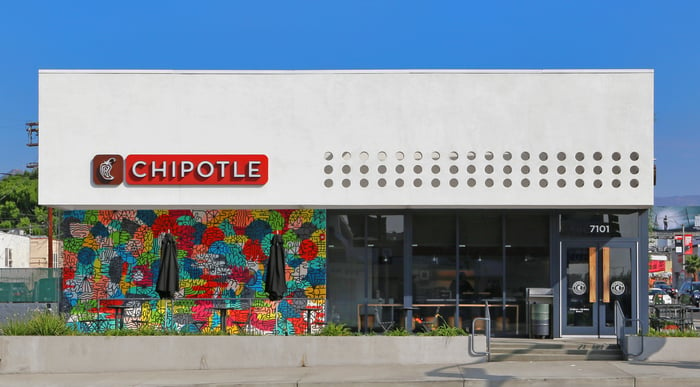 After all, if tax cuts put more money in the hands of hungry consumers, it stands to reason that restaurant chains will take a significant bite of that cash.

To be fair, Chipotle wasn't the only subject of the firm's encouraging note; Bartlett also boosted his price targets for McDonald's, Darden Restaurants, Cracker Barrel, and Wingstop. But Chipotle stock has been battered more than most of late -- including a stomach-churning plunge in late October after it announced disappointing third-quarter sales and plans to slow new-store expansion -- so it's no surprise to see a more pronounced pop in response to today's upgrade.

For additional perspective, last month Robinson Humphrey -- a different analyst from the same firm -- helped Chipotle shares rise after suggesting that it should benefit from its search for a new CEO, especially considering the incoming boss will almost certainly tout a much-needed record of driving operational excellence.

As it stands, barring an unscheduled update in the next few weeks, investors will receive their next taste of Chipotle's financial progress when it reports fourth-quarter results in early February. In the meantime, it's hard to blame the market for celebrating another impending catalyst that could accelerate Chipotle's ongoing turnaround.