The last few years have been active for Canadian miner Teck Resources Ltd. (NYSE:TECK). It worked through a deep commodity downturn and started to reduce its leverage in a material way. Throughout it all, however, the metallurgical coal, copper, and zinc miner never gave up on one key project -- and this is the year that the company's fortitude will start to pay off, which should make 2018 Teck's best year yet.

There's no way to get around it: Teck Resources' top and bottom lines are tied to commodity prices. That's no different than any other miner, but it helps explain the rough patch during the deep commodity downturn, which started in 2011 and finally began to abate in early 2016. To give you an idea of how bad it was, Teck earned 4.50 Canadian dollars per share in 2011, with earnings falling each year through 2015, when the miner lost CA$4.29 a share. 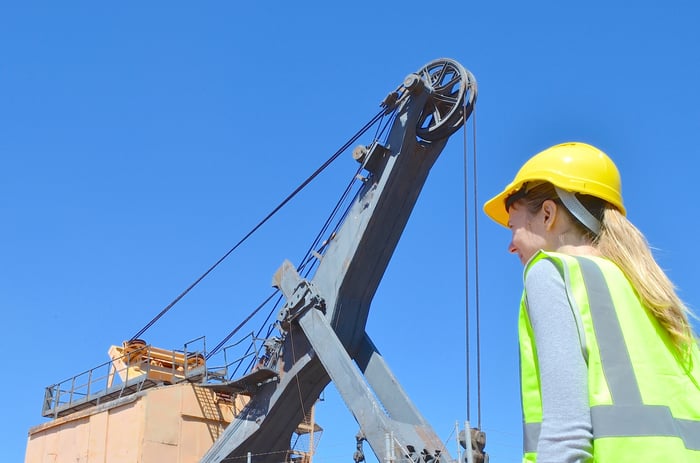 In 2016, however, Teck earned CA$1.78 a share. Through the first three quarters of 2017, it made CA$3.03 a share. Clearly, things are starting to look a lot better as commodity prices have rebounded. The earnings jump in 2016 and 2017 also helps explain the roughly 36% reduction in Teck's long-term debt between the start of 2016 and the end of the third quarter of 2017. It simply had the financial wherewithal to pay back its lenders.

Like other miners, Teck did all of the usual things during the downturn, including cut costs and focus on enhancing productivity so it could get to the other side in one piece. But there's one thing it didn't stop doing: spending on the Fort Hills Oil Sands project. It owns 20% of this asset, which is run by 50.8% owner Suncor Energy Inc. (NYSE:SU). Total holds the remaining stake. This project got the green light in 2013, just before oil prices started a precipitous fall.

About to reach the goalpost

It was hard to keep justifying any new investment, let alone an oil investment, during the deep commodity downturn. For proof of that, just look at Freeport McMoRan's (NYSE:FCX) disastrous foray into the oil business. At this point, the copper and gold miner has given up on oil and refocused on its core. A lot of damage has been done, however, with Freeport's debt roughly 3.5 times higher than it was before the oil investment with virtually nothing to show for the effort -- and that's after reducing debt by around a third from its peak following the ill-fated oil effort. 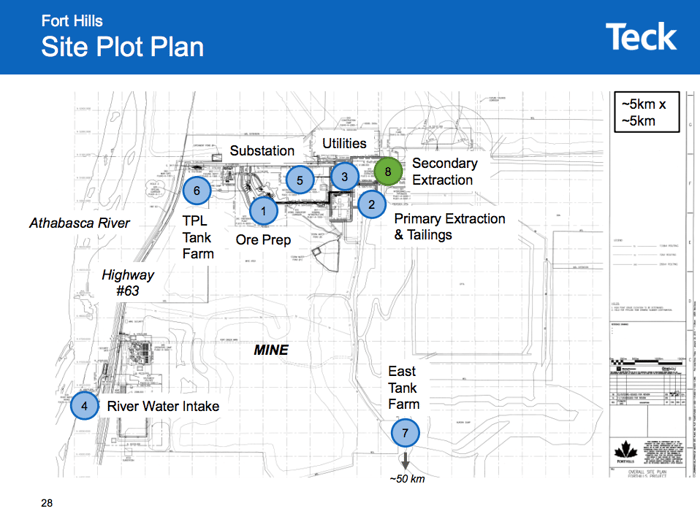 Things are vastly different at Teck. For starters, it didn't throw in the towel despite material concerns in the market that it would have trouble paying for its share of Fort Hills' construction expenses. Those costs were part of the reason why its debt load kept rising through the commodity downturn. The company's grit, however, is about to pay off, since oil is set to flow in 2018. The Canadian oil sands mine is expected to come close to its nameplate capacity of 194,000 barrels per day by the end of the year. That means each quarter this year should see a progressively larger boost from this new business.

Some market watchers will counter that oil sands are expensive, though that's only half right. As Fort Hills partner Suncor pointed out during an early 2017 conference call, oil sands mines are expensive to build but relatively cheap to operate on an ongoing basis. So the high costs are in the past, and Teck is about to diversify its business with a low-cost oil asset that has a 50-year life span and stable production flows. It should be a good year for oil-focused Suncor, too, but it won't be expanding into a new area -- it will just be doing more of the same. 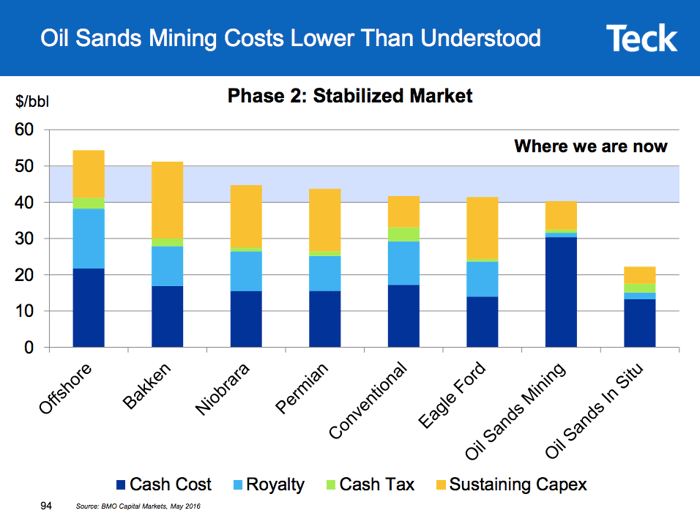 That difference is why Fort Hills should set 2018 up to be one of the best years yet for Teck. Its top and bottom lines will get a boost from the new asset. The benefit will grow as the year progresses. And, perhaps even more exciting, the miner will go from producing three main commodities to four.

So 2018 will be a big year for Teck as oil starts flowing from the Fort Hills oil sands project. That said, when it comes to Teck's top and bottom lines, a lot will still depend on how well met coal, copper, zinc, and oil behave. These are commodities, and there's nothing the miner can do about that. But don't let that fact distract you from the huge business shift that's taking place at Teck this year. It has the potential to be a major game changer, and should set 2018 up to be the miner's best year yet.