Last year, shares of The Estee Lauder Companies Inc. (NYSE:EL) rebounded from their poor 2016 performance, with investors bidding up shares of the company 66%, according to data provided by S&P Global Market Intelligence. The company's strong financial performance, with three solid earnings reports that showed significantly rising revenue and net income compared to the prior year, were the catalyst for Estee Lauder's stock gains. 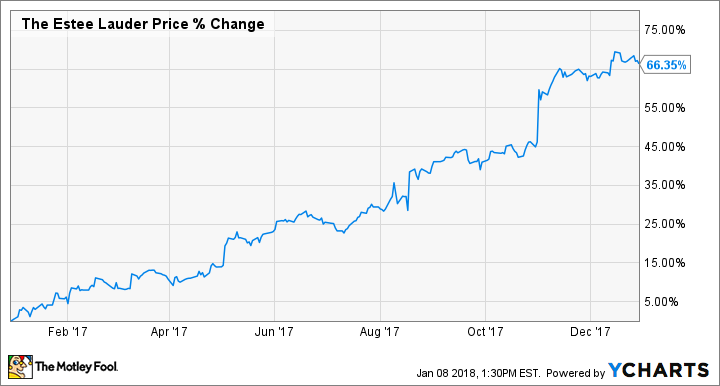 The skin-care, fragrance, and makeup brand shook off concerns that have plagued other retailers and fast-moving consumer goods industries. Estee Lauder not only increased revenue year-over-year in the first three quarters of the year, it also increased the rate of growth each quarter. During calendar year 2017, the company reported 7.6% growth in the quarter ended in March 30, nearly doubling that figure by the quarter ended Sept. 30, achieving a 14.3% year-on-year revenue increase. 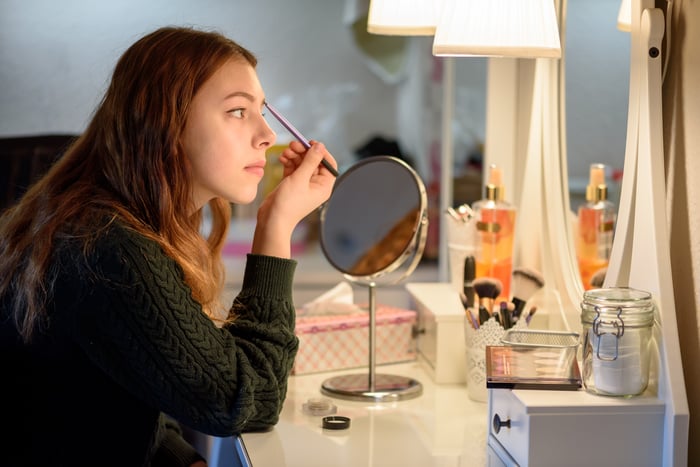 Estee Lauder was able to produce even higher rates of EPS growth by expanding operating margins, beating analyst expectations every reported quarter in 2017. (Results for the quarter ended Dec. 31 will be reported in February.)

The company expects continued strength in the current fiscal year, guiding for sales to increase 8%-9% and for earnings per share to rise 12%-14%. In the last quarter the company noted two large catalysts for the strong growth. The first is a focus on millennials by enlisting social-media-savvy celebrities like Kendall Jenner to promote its products; the second is focusing on fast-growing markets, most notably China. Favorable demographics should aid Estee Lauder, as purchasing power for millennials and Chinese consumers will only increase in the years ahead.

Because of Estee Lauder's strong 2017 performance, shares of the company are no longer cheap on a forward price-to-earnings basis. Shares of the company now trade hands at approximately 29 times forward earnings estimates, up from 23 at the start of 2017. Compared to the S&P 500's forward P/E ratio of 19, Estee Lauder will need to continue to post strong top- and bottom-line results to keep its stock on an upward trajectory.