Another strong day for the market lifted these names. Get the details here.

The bull market of 2018 roared forward on Tuesday, with major benchmarks once again climbing to unprecedented heights. The Dow Jones Industrials finished the day with triple-digit gains, and popular indexes were up between 0.1% and 0.4% on continued hopes for positive earnings results. Some market participants have started to show nervousness about the pace of recent gains, but many see fundamental justification for higher stock prices coming from anticipated tax savings and their positive impact on economic activity levels. Some companies enjoyed outsized gains on Tuesday, and Nektar Therapeutics (NKTR -2.76%), Franklin Covey (FC 2.58%), and BP Prudhoe Bay Royalty Trust (BPT 7.43%) were among the best performers on the day. Below, we'll look more closely at these stocks to tell you why they did so well.

Shares of Nektar Therapeutics jumped more than 18% following a presentation by the company at the annual J.P. Morgan Healthcare Conference. CEO Howard Robin made positive comments about Nektar's pipeline, pointing to early stage progress in its NKTR-214 cancer fighter, as well as updates on other immuno-oncology treatments such as NKTR-262 and NKTR-255. In addition, Nektar once again said that it expects to file for FDA approval of its mu-opioid receptor agonist NKTR-181 in the second quarter. Investors are excited about the news, although it's uncertain whether it truly justified such a large one-day move in the stock. 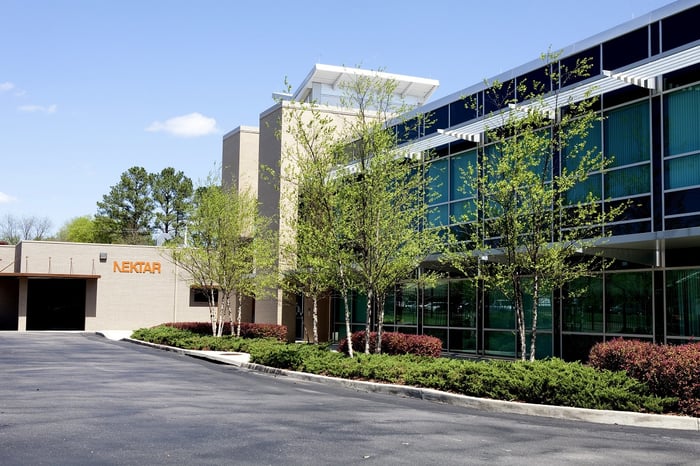 Franklin Covey stock gained 12% in the wake of the company's announcement of a global tour promoting its materials. The organization performance specialist said its "On Leadership" tour will begin today, with presentations to take place in more than 50 cities in North America, Ireland, the U.K., and Australia during the early part of 2018. Today's gains also build on momentum that the stock established last week, when it announced that its transition to a subscription-as-a-service recurring revenue business model had seen early signs of success. Bullish investors believe that once the inevitable disruptions of the transition are complete, Franklin Covey could share the success that other companies making similar leaps have seen.

Finally, shares BP Prudhoe Bay Royalty Trust picked up 9%. The royalty trust benefited from a nearly $2-per-barrel rise in the price of crude oil to above $63, but more importantly, BP Prudhoe Bay announced a $1.23-per-share distribution for the fourth quarter of 2018. That works out to more than 5% of the stock price in just one quarter, but it's important to understand that as a royalty trust, part of what BP Prudhoe Bay distributes represents depletion of the trust's reserves. Nevertheless, if oil prices stay strong, then BP Prudhoe Bay could see further gains.