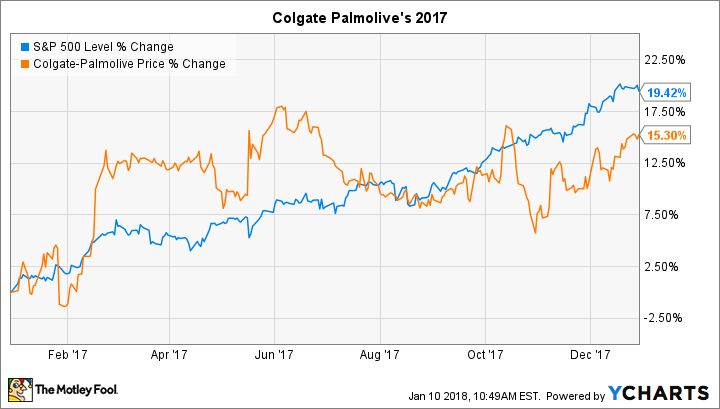 Reflecting its stable business, Colgate's stock showed little volatility during the year as it oscillated between gains of between 17% and 8%. Its final 15% increase, while underperforming the market, put it ahead of rivals, including Procter & Gamble and Kimberly Clark.

Colgate's 2017 was characterized by solid operating performance in a weakening market. Organic sales growth slowed during the year, which led management to back away from their original target of between 4% and 7% sales gains. "Uncertainty in global markets and category growth worldwide remain challenging," CEO Ian Cook told investors in late April, and he echoed those comments in each of the company's next two quarterly reports. 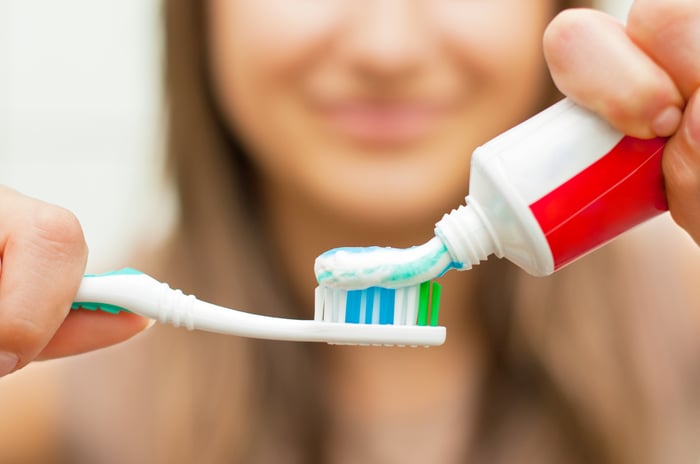 On the bright side, Colgate continued to dominate its industry niches, with market share sitting at 44% of the global toothpaste market as of late October. Gross profit margin stayed strong, at over 60% of sales, to deliver plenty of support for its healthy dividend.

Investors have a few reasons to expect an uptick in organic growth over the coming quarters. First, economic growth has sped up in many key markets. Second, Colgate has increased its advertising spending, which helped sales gains rise to a 1.5% pace in the third quarter from 0% in the prior quarter. The company is hoping to build on that early momentum with an even better growth result when it announces fourth-quarter results on Jan. 26.