ImmunoGen (NASDAQ:IMGN) jumped 10% on Tuesday and seems to be holding the higher price despite any obvious news to justify a bump in the stock price. Of course, the J.P. Morgan Healthcare Conference happened this week, which is likely contributing to the biotech's higher price.

ImmunoGen didn't present at the conference until Wednesday, so it wasn't the presentation itself that caused the rise on Tuesday. It's possible that investors were hoping that the company would release new data, so they jumped in hoping for a pop after the presentation. But if that were the case, we would likely have seen a sell-the-news drop following the presentation, which hasn't occurred so far.

As an alternative hypothesis, it's possible ImmunoGen had meetings on Monday or Tuesday with investors who decided they liked what they saw and bought large blocks of shares on Tuesday causing the share price to rise. ImmunoGen has been a play toy of day traders, causing it to move on little or sometimes no news, so it might not take much buying to spur a 10% pop.

Whatever the reason, it's good news for investors that shares of ImmunoGen have held their own over the last few days, suggesting investors are OK with the higher valuation. 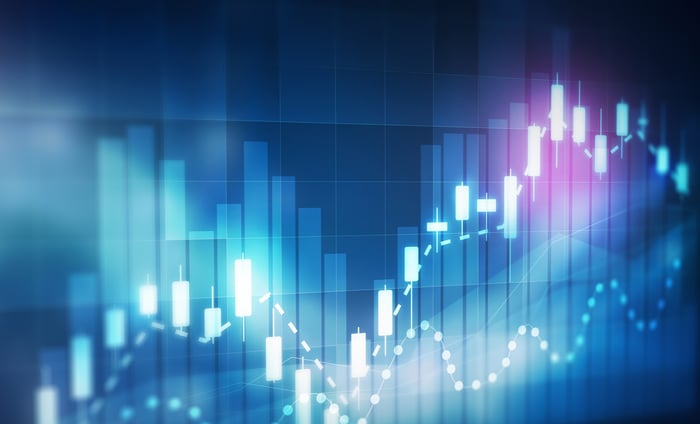 Of course, ImmunoGen's long-term valuation won't be determined by whether the stock is 10% higher or 10% lower today. Instead the biotech will be valued by data from the phase 3 Forward trial testing ImmunoGen's most advanced ovarian cancer drug, mirvetuximab, which is due out in the first half of 2019, and assuming the data is positive, the eventual sales of the drug.

Between now and then, there will be news for its earlier-stage pipeline and some data for patients taking mirvetuximab combined with other drugs and even the 2019 version of the J.P. Morgan Healthcare Conference. While some of the events may justify incremental adjustments to the share price, they'll all pale in comparison to the results of the Forward trial.