Improved business trends and the success of an important brand lifted the "VFC" symbol over the last 12 months.

Solid operating results throughout the year provided a foundation for V.F. Corporation's stock appreciation in 2017. Through the first reported nine months of 2017, V.F. Corp. improved its top line by 2%, to $8.5 billion. By comparison, in the first nine months of 2016, revenue was flat against 2015. In the third quarter of 2017, revenue accelerated to 5% growth against the prior-year's comparable period.

More importantly, the composition of V.F. Corp.'s recent sales bodes well for future growth. In the third quarter, direct-to-consumer revenue increased 18% and digital revenue rose 38%. Non-U.S. top-line growth of 13% in the third quarter was highlighted by European expansion of 18% and sales improvement in China of 9%. Together, higher direct-to-consumer, digital, and international sales will help insulate V.F. Corp. from brick-and-mortar retail weakness in the U.S., which is a potential headwind to the company's growth.

In 2017, V.F. Corp. also made efficient use of its resources, selling off its Licensed Sports Group and Contemporary Brands businesses, while training resources on product development and marketing in growth areas. A focus point is Vans, the company's largest, fastest growing brand, which has proved an extremely popular label among Millennial consumers. Vans' revenue increased 14% during the first three quarters of 2017 and accelerated to 28% growth in the third quarter.

Popular with skateboarders, Vans has seen particularly fast growth in Europe and Asia. Owning a key brand with global potential like Vans is a significant factor driving V.F. Corp.'s valuation as of late. 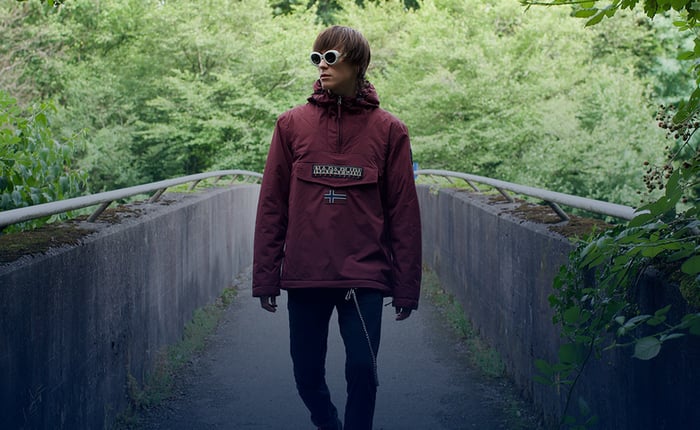 V.F. Corporation is set to report full-year 2017 earnings in mid-February. While waiting for results, investors can enjoy the Dividend Aristocrat's recent dividend hike -- its 45th annual dividend increase in a row. Management will provide its 2018 outlook at the next earnings release, but as of now, V.F. Corporation appears to have the components in place to produce an enviable total return again in 2018.