Shares of First Energy (NYSE:FE) spiked on Monday and were up 15% at 10:45 a.m. EST after the utility announced that investors would pump $2.5 billion of equity into the company.

First Energy announced that a group of prominent investors, including Singapore's sovereign wealth fund, will invest $2.5 billion into the company. The investment includes $1.62 billion in mandatory convertable preferred equity and $850 million in shares. The utility plans to use the cash infusion to reduce debt, contribute to its pension fund, and fund investments. The deal satisfies the company's stated need to issue at least $1.5 billion of new shares through 2019 to finance its current investment plan. In fact, it eliminates First Energy's need to sell any additional equity through the end of 2020. 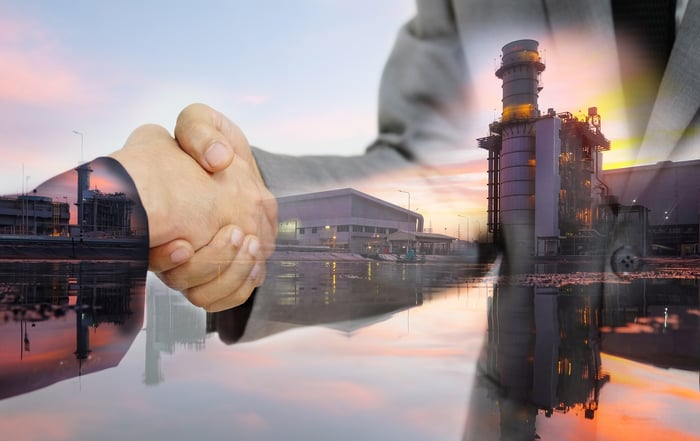 In addition to that cash, First Energy will form a restructuring working group to maximize the value and certainty of the company, which will include not only senior management but two outside industry professionals. That group will help First Energy exit the competitive generation business to transform it into a pure-play regulated utility.

This transaction significantly improves First Energy's financial position and puts it on a path toward becoming a pure-play regulated utility, which should reduce future earnings volatility. That makes it a much more attractive option for income-seekers since it seems to put the company's 4.3%-yielding payout on solid ground. That said, those seeking a utility-powered dividend still have a better choice available, especially after today's spike.