Shares of Royal Caribbean Cruises Ltd. (NYSE:RCL) were catching a rising tide as the stock gained on a better-than-expected earnings report. The cruise ship operator beat estimates on top and bottom lines, and as a result, the stock was trading 4% higher as of 11:30 a.m EST. 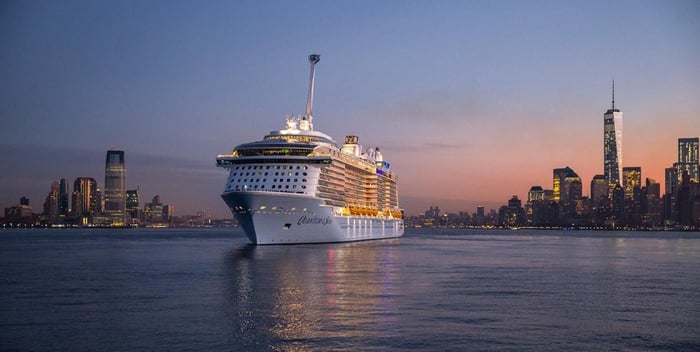 The cruise line said that higher ticket prices on increased onboard spending drove a steady increase in its business. Revenue rose 5% to $2 billion, beating estimates at $1.97 billion, while adjusted earnings per share ticked up 9% to $1.34, handily beating estimates at $1.20. The company touted its achievement of its "Double-Double" or doubling earnings per share from 2014 to 2017, and delivering double-digit return on invested capital.

CEO Richard Fain said, "Our teams have worked hard to achieve the Double-Double goals. Each of the brands performed excellently during the past year raising their guest satisfaction and employee engagement scores to new heights." As a highly cyclical business, Royal Caribbean, the No. 2 U.S. cruise operator, has benefited from a strong economy both in the U.S. and abroad. Lower fuel prices have helped the industry as well.

The EPS forecast was in line with analyst estimates at $8.63. 2018 is shaping up to be another solid year for Royal Caribbean and the rest of the cruising industry.