There's something odd about the U.S. oil production boom.

Yes, the U.S. is now a player on the world energy stage, producing enough to strike fear into the hearts of OPEC's member states. Crude oil production in the U.S. has practically doubled in just 10 years and is now approaching the production levels of OPEC's leader, Saudi Arabia. 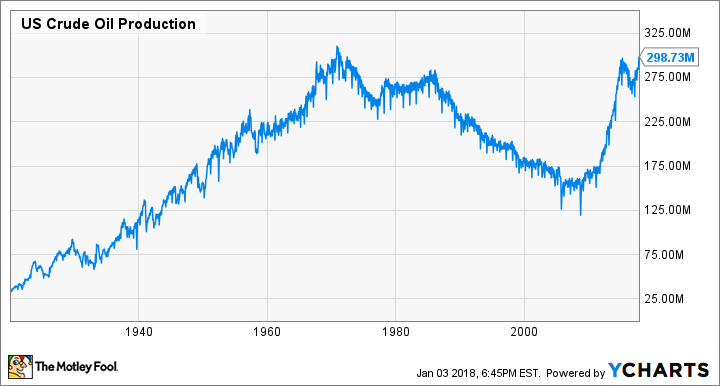 That the shale revolution changed the very fabric of the American oil industry is an understatement. Until the ability to frack rock and drill horizontally came along, U.S. oil production had been on a slow, downward slog from its peak in the early 1970s. Now, the sky is the limit -- with the president of the United States calling for U.S. energy independence.

But according to researchers at the Massachusetts Institute of Technology (MIT), there is something very wrong with these calls for ever-expanding U.S. production. In fact, the party may be over far sooner than anyone can imagine.

What happens when you assume

Oil producers and investors have lots of data sources. Geologic data, core samples, and estimates put together by experts are all on the table in the search for crude. One of the primary data sources for all stakeholders is a government agency: The U.S. Energy Information Administration (EIA).

The EIA is the entity that puts out weekly oil supply and demand data, as well as the all-important oil and petroleum inventory statistics. The agency also puts out longer-term projections for oil production in the U.S. At present, the EIA's forecasts for long-term U.S. oil production growth are pretty bullish: 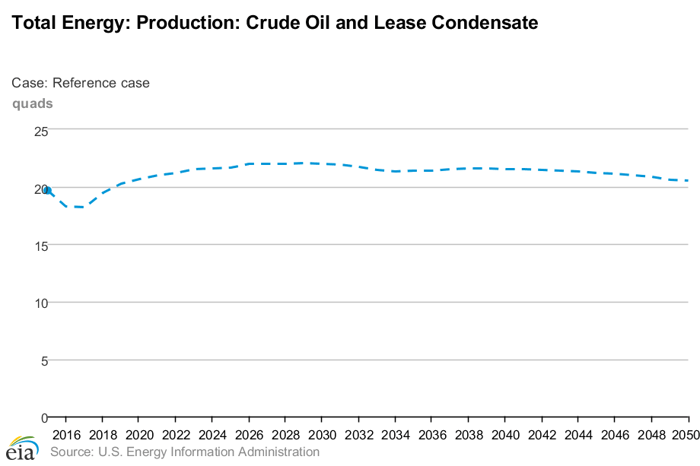 Naturally, something as big as the shale revolution calls for some research.

Two MIT researchers, Francis O'Sullivan and Justin Montgomery, dove into the data behind the EIA's long-term estimates. What they found when they analyzed the EIA's data left them scratching their heads.

They noticed that the administration was being aggressive in its assumptions of well productivity. The shale revolution is, at its base, built on bringing advanced technologies to an old business. In its reports, the EIA assumes the average productivity of individual wells will continue unabated.

As the well-known investing caveat goes, past performance is not indicative of future results. And yet that's precisely what the EIA is banking on. 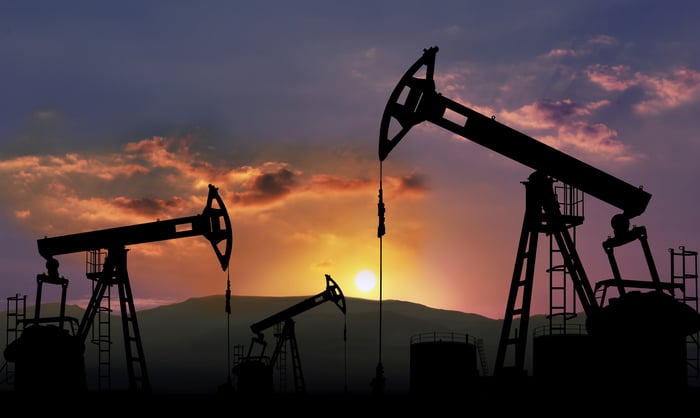 Could the sun be setting on the shale revolution? Image Source: Getty Images.

But by tweaking the EIA's assumptions using well data from the Bakken, the two researchers found that total production from new wells could undershoot the EIA's estimates by a wide margin -- as much as 10%. How soon? By 2020, just three years from now.

All the more interesting, the EIA couldn't dispute the researchers' questions. When queried via email by Bloomberg, an EIA scientist in charge of oil, gas, and biofuels exploration and production analysis, Margaret Coleman, granted that MIT's study "raises valid points."

So are we back to importing most of our oil?

In the EIA's defense, when dealing with something so complicated, some underlying assumptions are inevitable. In her response, Coleman pointed out to Bloomberg that few oil fields have the detailed well data that MIT used to question the EIA's estimates. This raises a fair question: What should the EIA do in the absence of detailed data?

The other criticism of the MIT researchers' report has, no doubt already occurred to you: Don't bet against technology. Technological advances often come out of nowhere to change the world. Who's to say that profit-seeking oil companies won't wrench ever-increasing amounts of oil out of the ground?

Yet Montgomery and O'Sullivan point out that many shale drillers have increased productivity over the past three years by focusing on "sweet spots" -- not true efficiency gains. This is an intriguing idea and suggests that investors might want to focus on the shale drillers that truly have an edge up on the competition.

Despite the valid points brought up by the M.I.T. researchers, there just isn't enough hard-data to truly make actionable decisions from their findings. Yes, future oil production estimates are based on assumptions. But to truly know whether or not we should be worried about future oil production falling short, we would have to have high-quality data on the countless wells in the shale patch -- no easy thing. It's why the EIA has to make estimates in the first place.

The best thing for oil & gas investors to do in a world of uncertainty is to focus on oil stocks with high-quality management, overseeing businesses that are not solely reliant on continued production and efficiency gains to reward shareholders over the long term.