HCA Healthcare (NYSE:HCA), the nation's largest for-profit hospital system, reported its fourth-quarter results on Tuesday, Jan. 30. While the recent changes to the U.S. tax code wreaked havoc on the company's net income and earnings per share, a closer look at the operating results showed that the hospital conglomerate continues to perform well. So well, in fact, that management has decided to accelerate its capital spending plans and is initiating a quarterly dividend. 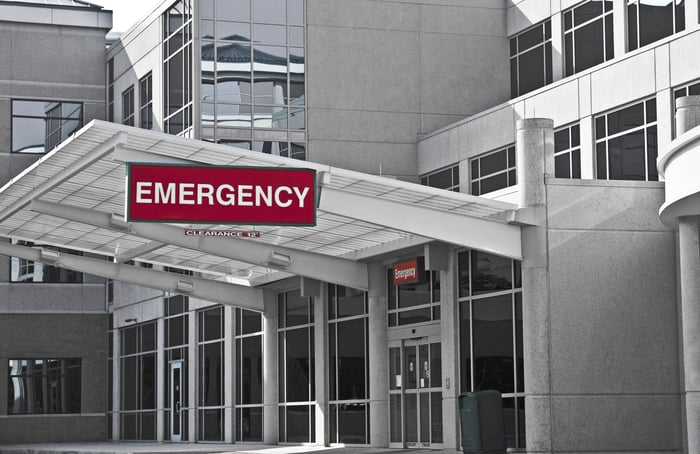 HCA CEO R. Milton Johnson said that the company is well positioned for growth and was excited to share the dividend news with investors:

The initiation of a quarterly dividend demonstrates our confidence in the financial strength of our Company and the cash flow it generates. We believe our cash flow from operations will allow us to continue to invest in our existing markets, and pursue acquisition opportunities, while also returning capital to stockholders. The announcement today reinforces our commitment to delivering value to stockholders while investing for future growth.

Management provided investors with the following guidance for 2018:

While the EPS growth looks especially strong, management was quick to point out that this guidance includes a $0.14-per-share income tax benefit and a $1.35-per-share gain related to the new tax bill. What's more, EPS in 2017 was impacted by Hurricanes Harvey and Irma, which makes the year-over-year comparison look more favorable.

Management also announced that it has decided to accelerate its capital spending plans over the next three years to take advantage of growth opportunities. This new plan calls for $10.5 billion in total spending, which is quite a bit higher than its prior plan of $8.2 billion.

In total, HCA ended 2017 in good shape, and management is positioning the company for continued growth.