Shares of Michael Kors Holdings (CPRI -5.74%), a designer, marketer, and distributor of women's and men's apparel and accessories, are down 8% as of 3:50 p.m. EST, despite topping Wall Street estimates a day earlier.

Shares of Michael Kors actually rose initially when the company reported that revenue increased 7% year over year to $1.44 billion, which topped analysts' estimates by about $60 million. It was actually the strongest revenue growth Michael Kors reported over the past seven quarters. The bottom line also cooperated and recorded a strong 8% growth to $1.77 earnings per share, exceeding analysts' estimates by a staggering $0.48 per share. 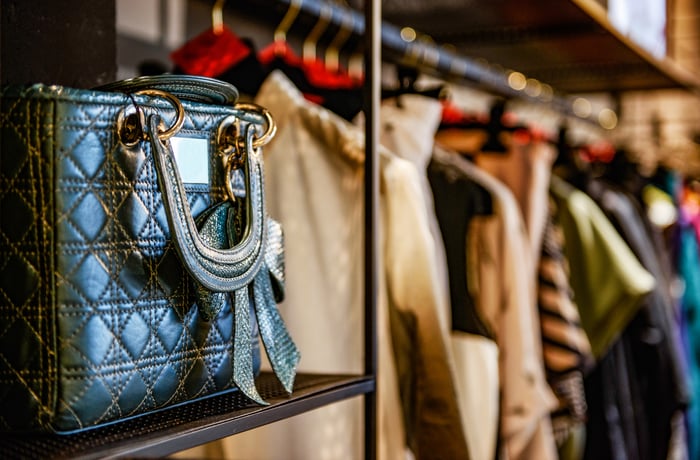 While some investors are digesting a strong quarterly performance from Michael Kors, others are concerned that earnings are forecast to drop a hefty 25% to 32 due, in part, to expenses from the Jimmy Choo acquisition (a $1.2 billion deal). Take Thursday's stock price decline with a grain of salt, especially as U.S. retail sales are expected to climb modestly higher in 2018, compared to 2017's 3.9% gain, thanks to lower unemployment, gradually increasing wages, and consumer confidence.