Shares of Weibo (WB 2.54%) have popped today, up by 7% as of 12:30 p.m. EST, after the Chinese microblogging service reported fourth-quarter earnings. Weibo beat expectations on both the top and bottom lines.

Revenue in the fourth quarter came in at $377.4 million, up 77% year over year. That easily topped Weibo's own guidance, which had called for $355 million to $365 million in sales, as well as the consensus estimate of $365 million. Non-GAAP net income was $146 million, or $0.64 per share, compared to the $0.58 per share in adjusted profit that the Street was expecting. 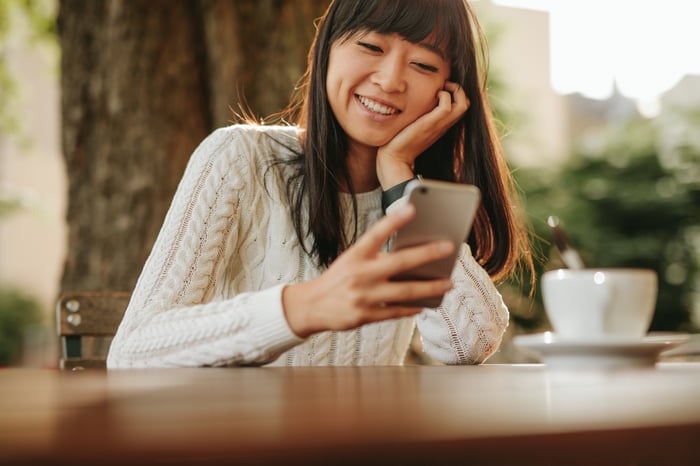 Monthly active users (MAUs) hit 392 million at the end of 2017, with 93% of users accessing Weibo on a mobile device. Average daily active users (DAUs) were 172 million.

Weibo also hit an important milestone, with full-year 2017 revenue exceeding $1 billion for the first time. "Weibo's powerful network effect combined with our continued user growth and user engagements as well as breadth of ad offerings have solidified Weibo as an essential element of mobile marketing in China further strengthens Weibo's leading position in the social media industry at large," CEO Gaofei Wang added in a statement.

In terms of guidance, Weibo expects revenue in the first quarter to be $335 million to $345 million, assuming an average exchange rate of 6.5 yuan to $1.