Please ensure Javascript is enabled for purposes of website accessibility
Log In Help Join The Motley Fool
Free Article Join Over 1 Million Premium Members And Get More In-Depth Stock Guidance and Research
By Joe Tenebruso - Feb 15, 2018 at 11:43AM

The number of visitors to the company's amusement parks hit new highs in 2017.

Cedar Fair (FUN 1.18%) reported fourth-quarter financial results on Feb. 14. The amusement park master limited partnership delivered solid increases in sales and profits, and it's optimistic that a slate of new rides will help it deliver more fun times to investors in the quarters ahead.

An expanded lineup of special events helped to fuel a 19% year-over-year jump in revenue in the fourth quarter. In turn, EBITDA -- adjusted to exclude the impact of certain items such as debt extinguishment, interest rate swaps, and foreign exchange -- leapt 14%.

"We are pleased to report a record fourth quarter performance as our parks had a strong finish to 2017," CEO Richard Zimmerman said in a press release. "Guests of all ages responded well to our new WinterFest celebrations and our expanded Haunt events were more popular than ever."

For the full year, Cedar Fair's revenue rose 3% to $1.32 billion. The sales increase was driven by a 2% rise in attendance, to a record 25.7 million visits, and a 1% improvement in average in-park guest per capita spending, to $47.30. "Once again, we achieved solid growth across our core revenue metrics in 2017," Zimmerman said.

Still, full-year operating costs and expenses increased 4% to $863 million, mainly due to higher labor costs. As such, Cedar Fair's 2017 adjusted EBITDA declined less than 1%, to $479 million.

Cedar Fair is investing in a slate of new rides and attractions in 2018, including roller coasters such as Hang Time, "the West Coast's first dive coaster," at Knott's Berry Farm; and Steel Vengeance, a "record-breaking hyper-hybrid coaster," at Cedar Point. These new rides appear to be boosting excitement around Cedar Fair's parks, with sales from advance purchase commitments, such as season passes, up 10% through the end of January compared to the year-ago period. 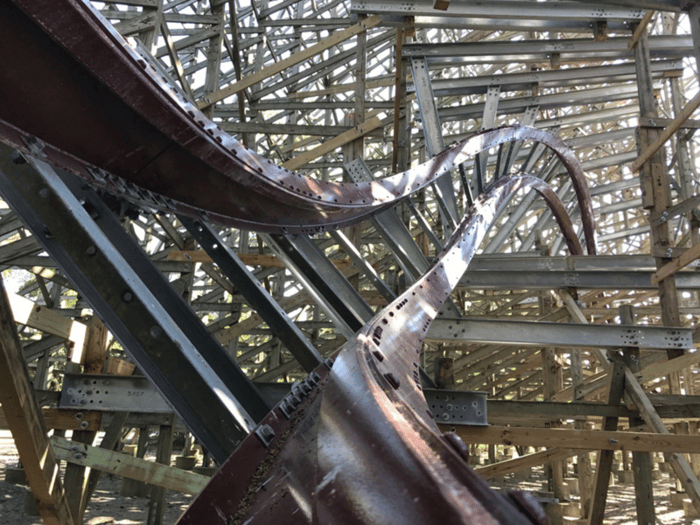 "Although we faced challenges from the extreme weather patterns earlier in the year, we remained focused on the guest experience and the long-term success of the business," added Zimmerman. "This focus has enabled us to generate solid increases across all of our advance purchase channels for 2018, giving us confidence that the momentum we generated at the end of 2017 will continue."

Zimmerman went on to note that the company remains confident in its long-term growth prospects, as well as its ability to deliver strong capital returns to investors.

"We remain committed to a steady 4% increase in our annual distribution rate going forward, making FUN an attractive investment for many years to come," Zimmerman said.