Please ensure Javascript is enabled for purposes of website accessibility
Log In Help Join The Motley Fool
Free Article Join Over 1 Million Premium Members And Get More In-Depth Stock Guidance and Research
By Matthew DiLallo - Feb 20, 2018 at 11:04AM

Their stocks are so cheap that these companies are looking for ways to solve the problem.

Sometimes the market just gets stocks wrong. Take, for example, natural gas companies Kinder Morgan (KMI -4.83%) and Antero Resources (AR -5.04%), which currently sell at bargain-basement prices compared to peers. It's a mind-boggling discount since they should trade at a premium valuation given their best-in-class operations. As a result, they're excellent value stocks to consider buying right now.

Kinder Morgan's stock has plunged a jaw-dropping 60% over the past three years even though the natural gas pipeline company's distributable cash flow (DCF) has only dipped about 7% from the peak. With the company expecting to make up some of that lost ground this year, shares trade at a ridiculously cheap valuation of just 8.3 times DCF. For perspective, its peers sell for an average of 12.1 times DCF. 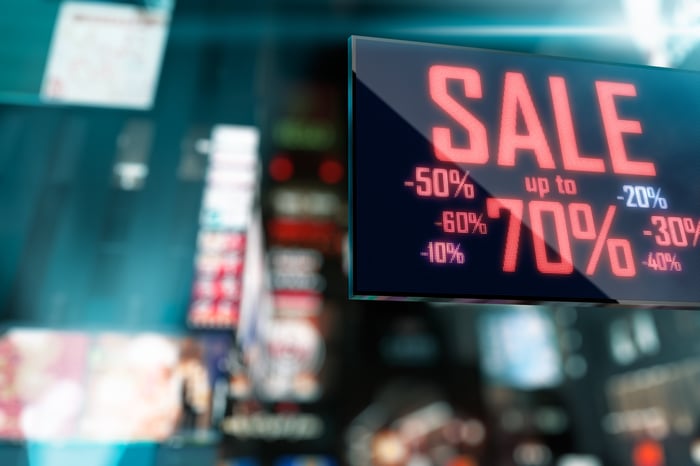 It's an unjustifiable discount. For starters, Kinder Morgan currently offers best-in-class dividend growth of 36% annually through 2020 along with peer-leading dividend coverage of 2.6 times this year. Those metrics should earn it a premium valuation, not a discounted one. Instead, investors value rivals like Targa Resources (TRGP -5.03%) more highly despite weaker metrics. In Targa Resources' case, it sells for more than 13 times DCF even though it just barely covered its distribution last year. While coverage should improve in 2018, the company still has a funding gap that it will need to overcome by selling additional equity and diluting investors further. Kinder Morgan, on the other hand, is generating more than enough cash flow to finance its dividend and expansion projects. Because of that, it bought back $250 million of its dirt-cheap stock last year and could repurchase another $500 million in 2018.

A premium company for half the price

Antero Resources has also slumped mightily in the past three years, with its stock down more than 50%. Consequently, the natural gas driller sells for a huge discount compared to other exploration and production (E&P) companies. The 51 publicly traded E&Ps in the U.S. trade at an average of 6.1 times their enterprise value (EV) to earnings before interest, taxes, depreciation, amortization, and exploration expenses (EBITDAX), which is a common valuation metric in the oil and gas sector. Antero Resources, on the other hand, sells for just 4.6 times EV/EBITDAX.

That below-average valuation comes even though Antero's financial metrics are much closer to those of the top-tier E&Ps. This elite group, which includes fellow gas producer Cabot Oil & Gas (CTRA -4.79%), trades at a premium valuation of 9.8 times EV/EBITDAX. Overall, the group shares four commonalities:

Antero meets three of these four metrics, only falling short on the leverage ratio, though it intends to hit that mark next year.

Given those numbers, Antero believes it should trade closer to its elite peers and not below the level of the average E&P. That's leading the company to explore its options to narrow the gap, including the potential of returning cash to investors by initiating a dividend and buying back stock. One reason the company is considering this route is that it seemed to work for Cabot Oil & Gas, which has significantly outperformed Antero in the past year. Last May, Cabot boosted its dividend 150% in what was a first step toward returning cash to investors. The company followed that up by repurchasing shares and then increasing its dividend another 20% this year. Given Cabot's success, Antero could give its valuation a bump by starting to return some of its growing stream of free cash flow to investors.

It's not often that premium companies sell for bargain valuations, but that's where Kinder Morgan and Antero Resources find themselves these days. In fact, the discount to their peers has grown so wide that both companies are looking at repurchasing their cheap stocks to help nudge shares in the right direction. While that won't close the gap overnight, patient investors who buy these bargain stocks now could capture significant future gains if these companies can just get their valuations closer to the peer group average, with even more upside if they eventually fetch the premium ones they deserve.