The digital music pioneer disappoints with its fourth-quarter results and its near-term guidance. Analyst price targets come tumbling down in the process.

The active user base keeps shrinking at Pandora (P), and that was enough to scare away investors as the streaming radio pioneer reported mixed quarterly results last week. A couple of analysts would go on to hose down their price targets following the problematic user trends.

Pandora's revenue of $395.3 million for the fourth quarter was marginally higher than the $392.6 million it scored a year, but if you back out Australia, New Zealand, and Ticketfly -- the two countries where it discontinued its service last summer and the event ticketing platform it sold to Eventbrite in September -- adjusted revenue rose by a better-than-expected 7%. Pandora's adjusted loss of $0.13 a share was more red ink than Wall Street pros were modeling. A stock can go either way after a mixed showing, but Pandora's uninspiring guidance for the current quarter triggered a wave of concerned analyst updates. Pandora stock tumbled 17.8% lower for the week. 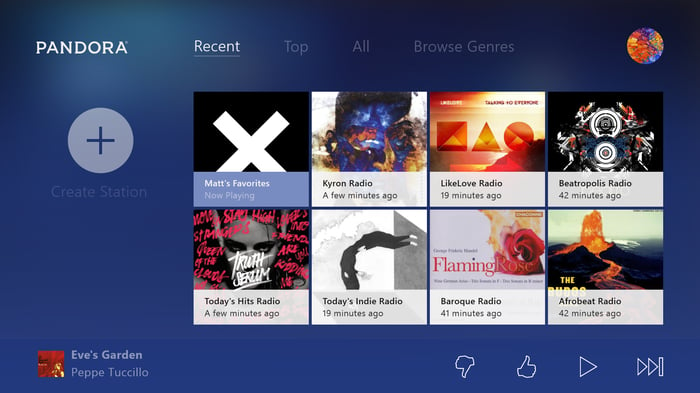 A big gain in subscription revenue helped a dip in ad revenue during the fourth quarter, but that also puts an end to the welcome trend where monetization through marketing was improving at Pandora. The news on the subscription front was naturally better, where 5.48 million Pandora Plus and Pandora Premium members was more than the 5.19 million accounts it had just three months earlier. The rub there is that larger premium platforms are gaining a lot more new users. Pandora remains a hub of ad-tolerating freeloaders, as just 7% of its users are paying customers.

Guidance was a disaster. The $295 million to $305 million that Pandora is now targeting for the current quarter is well below the $322.9 million that analysts were modeling. Analysts at Cowen and Canaccord would go on to lower their price targets on the stock, concerned largely by the deteriorating usage trends. The soft guidance for the first quarter suggests things aren't getting any better since the year began.

Pandora expects growth in 2018 to come from growth with its premium subscribers, and converting free users is a big part of that goal. The clock is ticking. Pandora was late to the premium on-demand streaming revolution, and it needs to grow relevant before the rest of its free audience thins out.