The creator of one cryptocurrency just made a bold prediction.

Cryptocurrencies are up across the board on Monday, with the top 15 coins by market cap all in the green. Leading cryptocurrency bitcoin (BTC-USD) is among the biggest gainers with a gain of nearly 10%, but Litecoin (LTC-USD) was the weekend's standout performer, up 13% since Saturday afternoon.

The fifth-largest cryptocurrency, which is often referred to as the "silver to bitcoin's gold" was the recipient of a bold prediction by its founder, who believes it will be worth more than bitcoin cash by the end of 2018 because of one key catalyst. 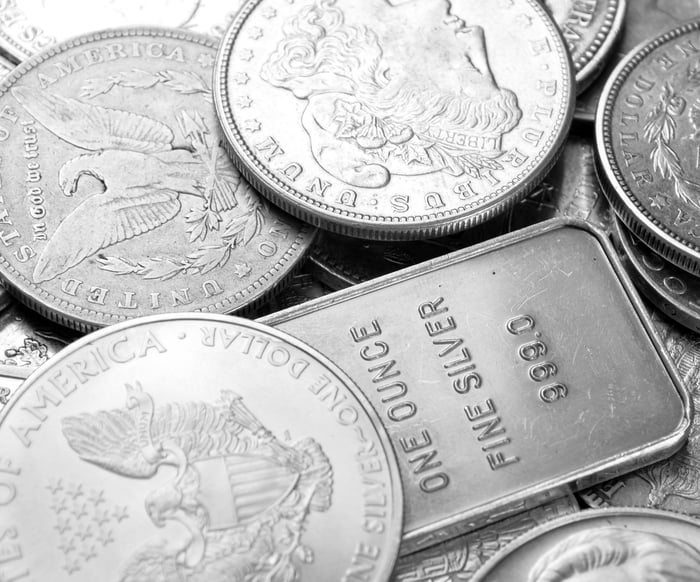 Here's a look at the five largest cryptocurrencies by market capitalization and how much each has changed over the past 24 hours.

Data source: www.investing.com. Prices and daily changes as of February 26, 2018, at 1:25 p.m. EST, and prices are rounded to the nearest cent where appropriate.

Over the weekend, Litecoin (LTC-USD) founder Charlie Lee, who no longer owns any Litecoin tokens, to prevent conflicts of interest, tweeted that bitcoin (BTC-USD) and second-largest cryptocurrency Ethereum will never switch places. However, Lee predicts that an event he calls "the flappening," with litecoin's market cap surpassing that of bitcoin cash (BCH-USD), will happen this year.

As of this writing, bitcoin cash (BCH-USD) has a market capitalization of $21.24 billion, while Litecoin is significantly smaller, at $12.34 billion. This implies that Litecoin will have to rise by more than 72% to overtake bitcoin cash. It could also happen if bitcoin cash were to plunge, but Lee's comment was clearly intended as a bullish one for Litecoin.

Lee's reasoning is that the LitePay platform, which launches today, will change the game for the currency.

The platform is designed to allow merchants to seamlessly and instantly accept Litecoin payments, with just a 1% settlement fee for each transaction -- well below what payment processors such as Visa and MasterCard charge.

LitePay claims that its platform will be available in 41 countries, and if it produces a significant increase in the digital currency's transaction volume, an increase in Litecoin's value like Lee is suggesting isn't so far-fetched.

Unfortunately, the LitePay card, which could be the real game-changer, is delayed. This is essentially a Visa-branded debit card that would instantaneously convert Litecoin into fiat currencies, allowing Litecoin to be used anywhere Visa credit cards are accepted. However, the LitePay merchant platform is still on track to launch as planned, so we should be able to gauge merchant interest in Litecoin payments in the near future.