Amazon.com makes it more difficult to shop anywhere else.

Walmart's (WMT 0.08%) disappointing fourth-quarter earnings report surprised many because of the dramatic slowdown the retailer realized in e-commerce sales. It indicated that Walmart is having a more difficult time competing against Amazon.com (AMZN 3.58%) than previously thought.

Now that the online seller is extending the perks of its Prime membership loyalty program to consumers who shop at Whole Foods Market, there is worry that Walmart will come in for even more competitive pressure in the future at its bricks-and-mortar grocery stores. 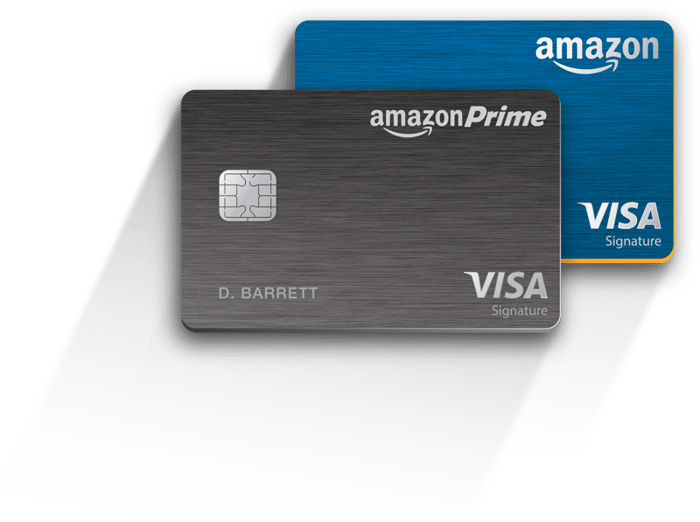 Beginning last week, Amazon Prime members will get 5% back at Whole Foods when they use their Amazon Prime Rewards Visa Signature credit cards. It's yet another perk the online retailer introduced at the organic grocery store chain to entice consumers to shop there. Previously, it cut prices on thousands of items, then earlier this month it began offering free two-hour delivery in a number of test markets, with an eye on rolling it out to more later in the year.

Amazon Prime, of course, is the $99-per-year membership program that people primarily think of as offering free shipping, but which also includes streaming video, music, and even photo storage. Members who have Amazon's Prime Rewards Visa card from Chase also receive 5% back on any purchases made on Amazon, as well as 2% back at restaurants, gas stations, and drugstores, and 1% elsewhere on purchases made with the card.

While Prime cardholders will get the top-level 5% back when shopping at Whole Foods, if you're not a Prime member but have the card, you can still get a 3% discount.

Amazon is making it so there are becoming fewer reasons not to be a Prime member, a move that not only increases the number of people existing in the Amazon ecosystem and the revenue derived from the annual fee, but also makes it more likely that consumers, once there, will stay there and not shop elsewhere, online or off.

That's the worrisome detail for Walmart, and one could say the same for Costco, Kroger, and Target, too. The magnetic pull of shopping on Amazon.com and at Whole Foods Market will serve to suck the oxygen out of the room for other retailers. 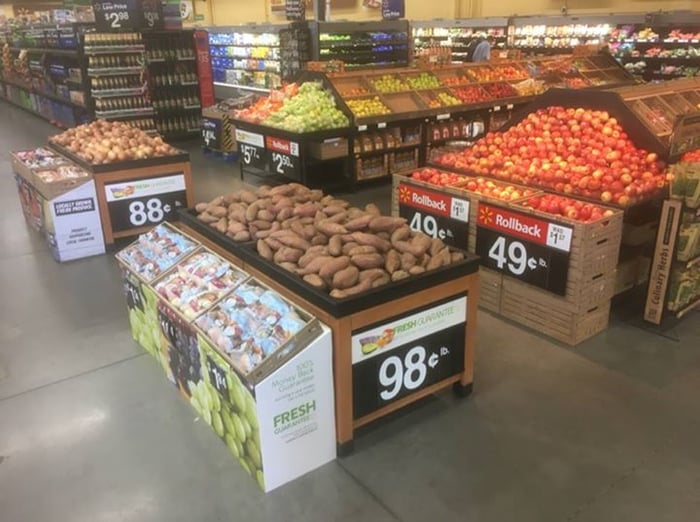 Walmart's earnings show the risks. Although the retail leader's e-commerce sales in the U.S. jumped 23% over the year-ago period and include a 24% increase in gross merchandise volume, it was substantially lower than the growth rates Walmart had previously posted. Over the first three quarters of 2017, Walmart reported ecommerce sales growth of 63%, 60%, and 50%, respectively, which was primarily due to the addition of Jet.com sales, only to see it halved in the fourth quarter when it finally lapped the acquisition.

Make no mistake: Walmart still did an admirable job for the behemoth that it is, with full-year, currency-adjusted sales totaling $500.9 billion, an increase of $15.1 billion, or 3.1% -- but it remains in a worrisome decline on the e-commerce front.

That has Walmart declaring that it will focus its efforts on building up its own Walmart website, at the expense of Jet.com, which will now see fewer dollars spent on marketing there.

Jet was Walmart's attempt once again to appeal to a younger, higher-income customer who likes to shop online. The purchase of Jet was also seen as an attempt to take on Amazon, which targets wealthier consumers through its Prime program. It's estimated that more than 80% of households earning $112,000 or more a year have Prime memberships, while Walmart's customer profile skews toward lower- and middle-income households.

Going back to its base, the Walmart.com site just revealed its new home goods site that appears to challenge mid-tier retailers such as Target and J.C. Penney, which itself has committed more resources toward home furnishings, as well as online retailer Wayfair. Amazon also rolled out two of its own home-furnishings lines last year.

It's much too early to count Walmart out, as it still has significant financial resources to leverage its vast physical presence with its online capabilities, something Amazon.com doesn't have available to it yet. But closely integrating its Prime program with Whole Foods Market, and launching its new Amazon Go cashless grocery stores -- while planning to open six more this year -- all the while dominating the online sphere should give Walmart and its investors pause.