Management is still working its way back from a two-year-old scandal while navigating a challenging credit environment.

An analyst with BTIG called LendingClub's (LC -2.24%) recently reported fourth quarter a "mixed bag," and I would agree. The leading personal-loan platform is going through a turnaround stemming from a scandal it endured back in early 2016, which is having lingering effects on the business. The company spent 2017 retrenching, refreshing its management ranks, and tightening underwriting in order to uphold loan quality. It only returned to underwriting growth in the second half of the year.

However, conservatism is good for LendingClub's long-term health -- sort of like eating your vegetables. And much like a plate of steamed broccoli, low growth is not terribly appealing in the current bull market. The retrenching also comes at a time of increased legal costs relating to the 2016 scandal, which does not make for a great combination.

In addition, the company forecast softer-than-expected revenues for the current quarter but maintained its full-year guidance, so an investment in Lending Club requires faith in management's optimism beyond the next quarter. Here are the most important takeaways of the Q4 report. 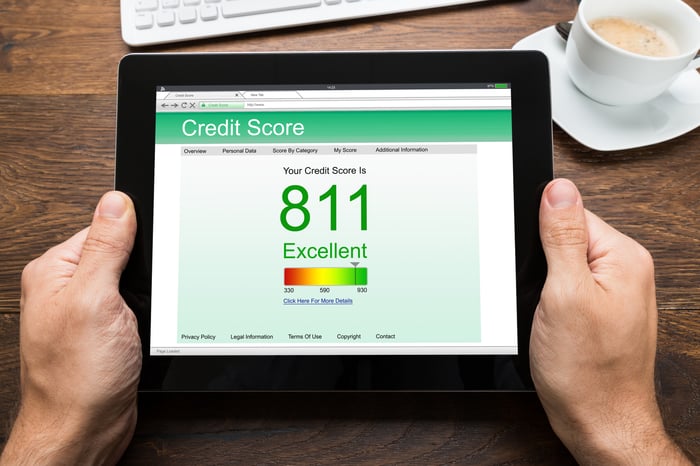 One piece of good news is that the company recently dealt with its largest liabilities from the 2016 scandal, settling both federal and state class action shareholder lawsuits. The bad news: LendingClub has to pay plaintiffs a total of $125 million, with $47.75 million covered by insurance, leaving LendingClub on the hook for the remaining $77.25 million. That amounts to roughly 12% of the company's liquid assets and about 5% of the current market capitalization.

Moreover, the company still has investigations by the Justice Department, Securities and Exchange Commission, and Federal Trade Commission hanging over it, which means it must retain higher-than-normal legal costs. But management said the recent settlement was its largest financial liability, and that cost is now behind the company.

In addition to these company-specific problems, the macroeconomic environment has become more challenging, though that is no fault of LendingClub. Increased awareness of personal loans delivered via the internet has spurred a large increase in applications, and LendingClub saw a 43% increase in applications in 2017 -- much higher than the company's 3.7% growth in originations.

The problem is that the large and growing market for personal loans has invited competition, and consumers are shopping around. The most notable new entrant is Goldman Sachs (GS -0.45%), which entered the market via its new branchless bank, Marcus. The Marcus personal loan product, unveiled in 2016, has already grown to $2.3 billion in total originations. While impressive, that's still less than one-fifth of LendingClub's $11.9 billion in loans outstanding, and Goldman doesn't yet disclose granular loan performance, as LendingClub does. The online personal loan market is young and evolving, so it's hard to know how Goldman's entrance will play out.

Some fear that the new competition is making LendingClub work harder to generate the same number of loans. LendingClub's marketing expense as a percentage of originations was 2.39% last quarter, which marked an improvement over the first half of the year but is still higher than pre-scandal 2015 levels of 1.96%. That means the company is having to spend more on marketing for every dollar it loaned last quarter. CEO Scott Sanborn claimed most of the increase is due to the company's tightening of credit since 2016 but also conceded increased competition likely played into some of it as well.

LendingClub believes it has stabilized both its credit model and its investor base in 2017 while introducing new investor products, and it will pivot in 2018 to focusing on controlling costs. Part of that will entail outsourcing its loan servicing to industry-standard third parties while reallocating internal engineers to the things that differentiate the company, like data-driven underwriting and product innovation.

For the full year 2018, the company forecasts 18% to 22% revenue growth while targeting cost growth of only 14% to 16%. That should expand margins, but it will likely still leave the company shy of GAAP profitability; the company still forecasts net losses between $38 million and $55 million in 2018, though it also forecasts positive adjusted EBITDA of $75 million to $90 million.

The combination of continued GAAP losses and slowing growth has investors very nervous, and it looks as if LendingClub investors will have to wait longer for a turnaround than first expected. Of course, the longer it takes, the more skeptical investors become.

Still, management should not lose sight of the long-term opportunity in an attempt to please short-term-oriented investors. LendingClub has estimated that its total addressable market for credit card refinancing is $300 billion to $350 billion, and lending and banking is an industry where companies can be tempted to grow irresponsibly. Moreover, I'm sure LendingClub's all-important platform investors appreciate its conservatism.

LendingClub's sell-off could make it a bargain, as it's still by far the largest-scale player in a young and growing industry. However, being part of a young industry means it will garner a fair share of both naysayers and competitors. That makes LendingClub a high-risk stock, but one that presents a high potential upside.