Hedge funds have over $6 trillion worth of assets under management, so when the smart money starts moving into a stock, it's not unwise for investors to take notice, because it just might signal the start of an upswing in its value. Similarly, when the smartest guys in the room withdraw their money from a holding, you may want to pay attention to that, too, because it may be that they see problems others are missing.

Certainly, investors should not blindly follow hedge fund operators into or out of a stock, since many times they can be wrong, but the movements of these billionaire investors can put a stock on your radar, or tip you off to dig more deeply into their businesses to ferret out areas of concern.

To find out which stocks the smart money has formed a consensus on, personal finance website WalletHub examined the most recent SEC disclosures filed by more than 400 hedge funds to find their biggest holdings, newest positions, and recent exits. Below are the four top tech stocks the smart money crowd is selling -- and the two big tech names they're buying. 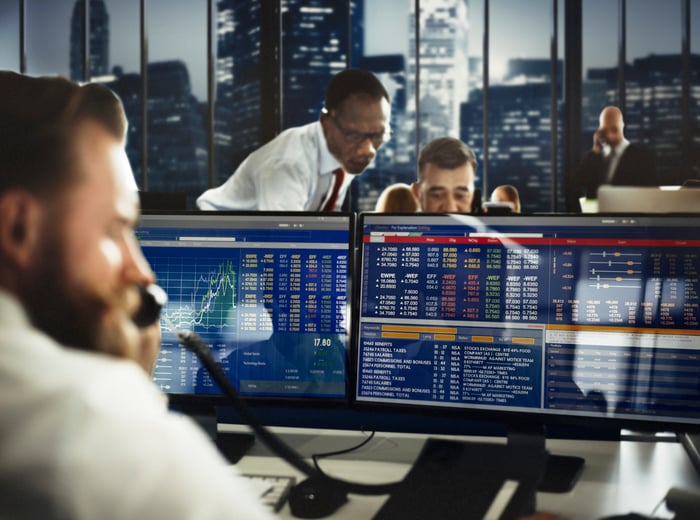 Most of the four tech stocks the hedge funds were dumping by the end of the fourth quarter had been high fliers, generating an average 47% return for all of 2017, compared to a 19% return for the S&P 500. But there was one dud in the bunch, IBM (NYSE:IBM), that lost 8% last year, making it understandable why it was the No. 1 tech holding the smart money wanted to get rid of.

Last year was not a good year for IBM, which recorded 22 straight quarters of declining revenues as its legacy hardware and software business weighed down its efforts to transition to Big Data, the cloud, and mobile.

However, did the hedge funds exit their position too early? IBM reported its first quarter of higher revenues in the fourth quarter, rising 3.6% to $22.5 billion. Its shares are up 1.4% year to date, but they had been 10% higher until it was revealed that Warren Buffett cut his stake in the old-line tech name to invest elsewhere.

The other high-flying tech leaders that saw their shares dumped include Amazon.com (NASDAQ:AMZN), Facebook (NASDAQ:FB), and Alphabet (NASDAQ:GOOG)(NASDAQ:GOOGL). It could be that the hedge funds were simply taking profits since over the last five years, their valuations have soared and were among the best-performing stocks on the market. 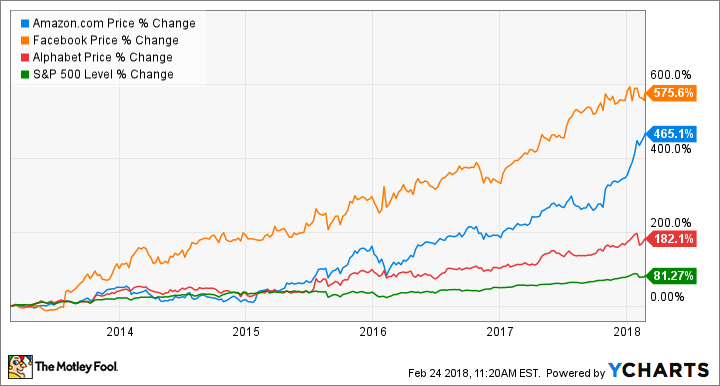 Getting in on a good thing

When it came to buying stocks, the smart money wasn't wasting its money on some tech start-ups hailing themselves as the next Apple (NASDAQ:AAPL) or Microsoft (NASDAQ:MSFT). Instead, they were actually buying shares of Apple and Microsoft, with the former being the top stock all around that hedge funds were scooping up. It's also probably no coincidence that Buffett's biggest purchase in the period was Apple.

Although there seem to be perennial concerns that its latest iPhone will crater -- and while Apple sold a reported 77.3 million devices, down 1% from the year-ago period -- the $1,000 price tag for the iPhone X and higher prices on its other models more than offset the decline.

Still, analysts at Gartner say smartphone sales dipped in the fourth quarter for the first time ever as consumers purchased 5.6% fewer handsets, or almost 408 million devices, a trend that, if it continues, could be problematic.

Microsoft has shown remarkable resilience as well, and its shares are up 45% over the last 12 months, doubling in value over the last three years, and tripling over the past five years. And it looks like the good times will continue to roll as it blew past analyst expectations in January as strong demand for its Office products and Azure cloud computing services continue running higher. In fact, Azure is reportedly taking share from Amazon.com's (NASDAQ:AMZN) Amazon Web Services as quarterly cloud revenue for Microsoft has nearly doubled since early 2016.

Certainly, investors should not blindly follow the moves of hedge fund operators exactly -- oftentimes they can make bad calls -- but the movements of these billionaire investors can serve as a weathervane for seeing where the smart money thinks the best opportunities lie.