With segment revenue rising 21% year over year, theme parks may have been the biggest highlight in Walt Disney's (NYSE:DIS) fiscal 2018 first-quarter earnings report. But there's no escaping the fact that ESPN accounts for a huge slice of Disney's business. The sports network makes up the bulk of Disney's media network segment, and media networks contributed 34% of Disney's first-quarter operating income -- more than any other segment.

But ESPN has been struggling to increase its revenue and operating income in an evolving media landscape. And 2018 is supposed to be the year Disney begins to address these challenges with new solutions, namely a new direct-to-consumer subscription service, called ESPN+. With the important service slated to launch sometime this spring, Disney put a spotlight on its efforts to refocus ESPN this week by naming James Pitaro as president of ESPN and co-chair of Disney Media Networks. 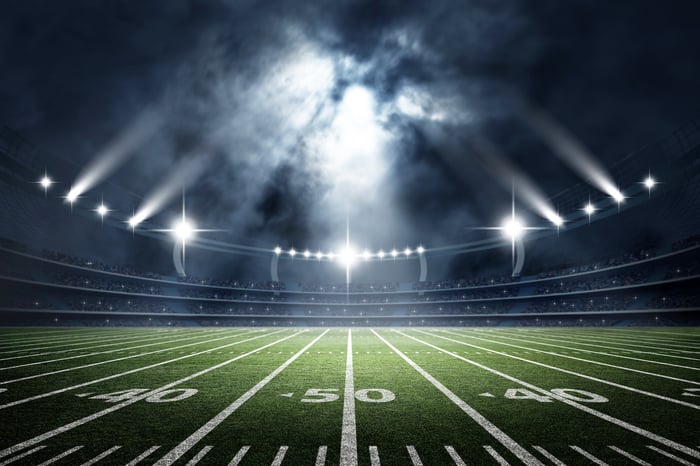 Pitaro, an internal hire, previously served as chairman of Disney's consumer products and interactive media segment since 2016. Highlighting the importance of the position: Pitaro will report directly to Disney CEO Bob Iger. "Jimmy is a talented and dedicated leader with the right strategic vision, relentless drive and passion for sports required to lead the stellar ESPN team at this incredibly dynamic time," Iger said about Pitaro.

Before working at Disney, Pitaro spent time with digital technology and sports when he helped build Yahoo! Sports into "an industry-leading online service," Disney said in its press release about the executive change.

"Jimmy forged his career at the intersection of technology, sports and media," Iger said.

Pitaro is replacing George Bodenheimer, who was serving as the acting chair of ESPN over the past few months, since ESPN president John Skipper resigned from his position as president of ESPN in December. Bodenheimer will stay on at ESPN as a consultant through the end of the year.

Launching any week now, ESPN+ is Disney's long-awaited answer to the shifting landscape for TV and sports media. A multiscreen environment, where the digital and online channels are becoming increasingly important, has put pressure on subscribers of traditional multichannel packages that include ESPN. But Disney believes, as Pitaro said this week, "The appetite for quality sports content across platforms has never been greater" -- and ESPN+ is designed to address this pent-up demand.

ESPN+ will launch alongside an entirely redesigned ESPN app that will provide scores, highlights, podcasts, and other sports information and live-streaming of ESPN's networks for users who are subscribers to multichannel packages. For users who pay $4.99 a month to get access to ESPN+, the app will also provide incremental content, including ESPN films, additional live events that aren't available on ESPN, and "a robust slate of high-quality original content exclusively for this platform," said CEO Bob Iger in the company's first-quarter earnings call. Initially, the app will launch on iOS, Android, tvOS, and Chromecast.

Pitaro undoubtedly has quite a task ahead of him.