Solid earnings growth and a big dividend increase lit a fire under the shoe retailer's stock.

Shares of DSW Inc. ( DBI -3.66% ) jumped on Tuesday after the footwear retailer released a mixed fiscal fourth-quarter report. Revenue missed analysts' expectations, but earnings were better than expected, which in combination with a 25% dividend increase was enough to send the stock up 10% for the day.

DSW's fiscal Q4 revenue of $720 million was up 6.7% year over year, but about $8.2 million below the analysts' average estimate for the period, which ended Jan. 28. Comparable-store sales rose 1.3%, a vastly improved result compared to the 7% decline it reported in the prior-year period. 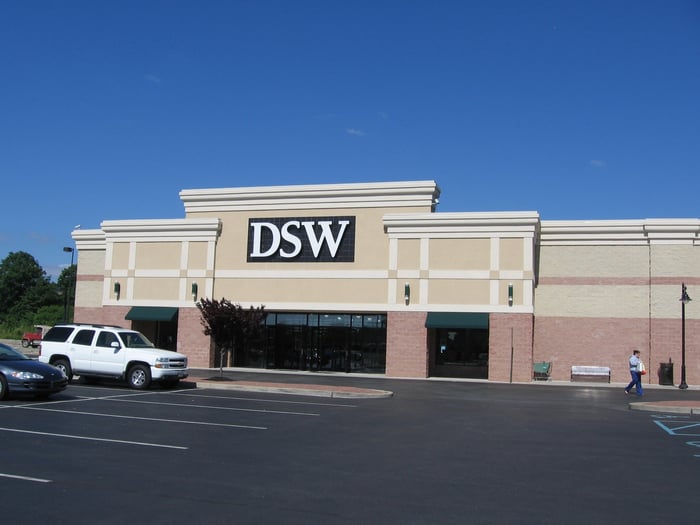 Non-GAAP EPS came in at $0.38, up from $0.20 in the prior-year period and $0.11 better than analysts' consensus expectation. GAAP EPS tumbled 60% to $0.15, dragged down by costs related to the liquidation of Ebuys, restructuring, acquisition-related expenses, and a one-time adjustment related to the recent corporate tax cuts. Going forward, DSW expects its effective tax rate to be about 29%, down from a prior rate of 39%.

On top of beating analysts' estimates for earnings, DSW announced a 25% dividend increase. The next quarterly distribution will be $0.25 per share, payable on April 6 to shareholders of record on March 23.