Mortgage REITs are an inherently volatile type of investment. These high-dividend stocks are rather sensitive to interest rate fluctuations, among other headwinds, but the potential for returns is large.

Two of the largest mortgage REITs are Annaly Capital Management (NYSE:NLY) and Two Harbors Investment (NYSE:TWO), both of which invest primarily in agency mortgage-backed securities and pay above-average dividends. Here's a comparison of the two, and which one I'd buy now. 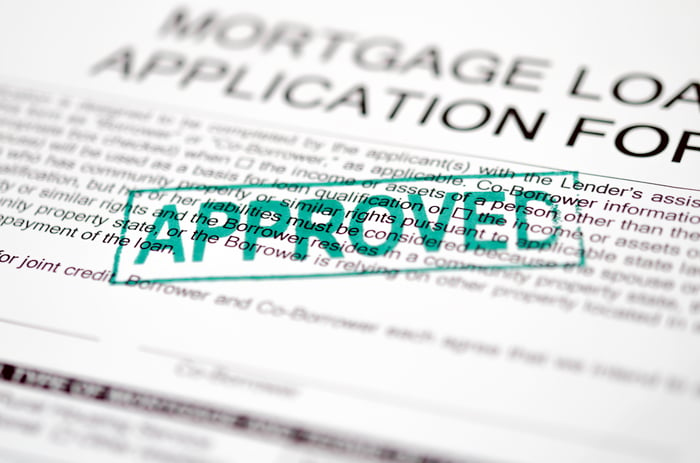 Annaly Capital Management is the largest player in the mortgage REIT industry, with a market capitalization of more than $12 billion. In fact, Annaly's market cap is 20 times that of the median mREIT. The majority of Annaly's portfolio (77%) consists of agency mortgage-backed securities (MBS), with smaller investments in non-agency mortgage assets, commercial mortgages, and middle-market lending.

One of Annaly's biggest competitive advantages is its size, which gives it stability and efficiency advantages over peers. Specifically, Annaly's operating expenses are just 16.1% of its adjusted earnings, significantly below its peer group average of 21.3%. Annaly's size also allows for a more thorough hedging strategy than most peers use, resulting in generally steadier risk-adjusted returns than most peers.

Two Harbors is roughly one-fifth of Annaly's size, but the companies have similar portfolios. Two Harbors has 74% of its portfolio in agency MBS, with the rest in non-agency and commercial mortgages, as well as mortgage service rights and other investments.

Here's a side-by-side comparison of the two companies on some key metrics:

I briefly alluded to hedging strategies earlier, and this has to do with mortgage REITs' biggest risk factor: interest rate fluctuations. The short version is that mortgage REITs borrow money at low short-term interest rates, and buy mortgage-backed securities paying higher long-term rates. Well, if short-term borrowing rates increase, the spread between the two can get smaller, or even disappear. Conversely, when interest rates fall, more borrowers generally decide to refinance and prepay their loans.

While no mortgage REIT is completely immune to interest rate risk, many do a great job of hedging their portfolios and staying profitable during rising-rate environments. Annaly uses a combination of interest rate swaps, mortgage derivatives, Treasury futures, and mortgage servicing rights to protect against rising rates, and has actually outperformed the S&P 500 by a significant margin during the current rate-hike cycle, 51% versus 30%. To be fair, we haven't exactly seen soaring borrowing rates just yet (or soaring mortgage rates), but this is still much better than you might expect an mREIT to do.

Two Harbors provides specific guidance, estimating that a 100-basis-point (1-percentage-point) rise in interest rates would reduce its equity value by 3.7%. This is well below the mREIT average interest rate sensitivity of 9.3%, but is still a significant risk factor. And it's also worth pointing out that this assumes a parallel shift. If short-term borrowing costs rise faster than mortgage rates, the outcome could be far worse.

Bottom line: While both of these mREITs do a pretty good job of controlling interest rate risk, it's still a very real concern, and if rates rise over the next couple of years (especially if they rise rapidly), it could certainly put pressure on these stocks.

Both companies pay above-average dividends, and while mortgage REIT dividends aren't exactly the most stable in the market, these two companies have done a better job than most when it comes to dividend stability.

Annaly recently declared its 17th consecutive $0.30 quarterly dividend, and Two Harbors has also done a good job of keeping its dividend stable in recent years. However, it's important for investors to note that dividend cuts aren't uncommon in the mREIT industry, and both Annaly and Two Harbors pay lower dividends than they did five years ago.

To be clear, neither of these stocks is for investors with anything less than a high level of risk tolerance. Mortgage REITs, even the best-run examples, can be quite volatile. If you invest in either of these stocks, be prepared to ride out some ups and downs over the years.

With that caveat aside, if I were to buy one of these two mREITs today, it would be Annaly. Two Harbors' lower leverage and slightly higher yield is certainly a positive factor, but Annaly's lower valuation and the strength, flexibility, and relative stability that comes with its size are appealing. In short, both of these could be solid income investments for investors with high risk tolerance, but I give the slight edge to Annaly.