Carnival Corporation & plc (NYSE:CCL) (NYSE:CUK) is picking up speed, once again growing at its fastest pace in years. The world's largest cruise ship operator posted its fiscal first-quarter results on Thursday morning. Revenue rose 11.6% to hit $4.232 billion for the three months ending on Feb. 28. You have to go back to the summer of 2011 to find the last time that Carnival was growing at a double-digit percentage. The latest report followed back-to-back quarters of 8.2% growth, which at the time also represented its heartiest growth spurts since fiscal 2011.

Net income kept up with the double-digit growth, rising 11% to $391 million, or $0.54 a share. Back out unrealized gains and losses on fuel derivatives and other net charges -- a fair move in sizing up a company that makes big bets on fuel hedges that can result in big swings on the bottom line -- and adjusted earnings rose 34% to $375 million, or $0.52 a share. 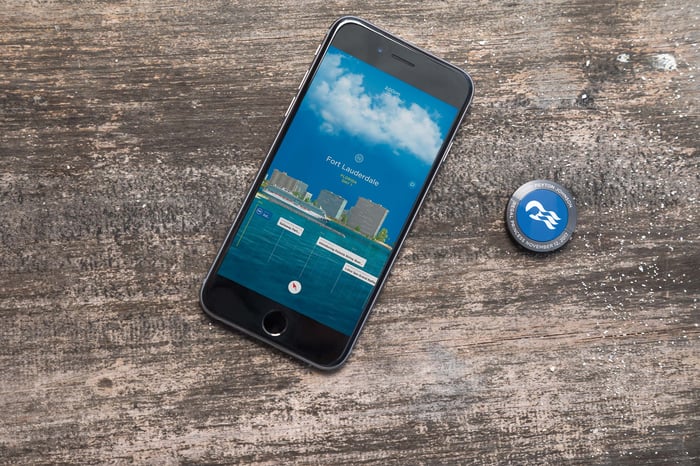 Setting sail in the right direction

Currency swings helped fuel Carnival's strongest top-line growth in years, but the results are still impressive. Gross revenue yields, a popular measure for the industry -- essentially the revenue per available lower berth day -- rose a hearty 9.2%. The metric becomes a more mortal 3.9% in constant currency, but that's still considerably better than the 1.5% to 2.5% the company was targeting back in December.

It's also important to frame costs accordingly. Gross cruise costs per available lower berth day rose 9%, but strip away fuel costs and the currency impact, and those same costs rose a manageable 1%. Carnival's guidance was calling for a 2% to 3% uptick on that front. Things all balanced out in the end, as Carnival estimates changes in fuel prices held earnings back by $0.04 a share, the same amount that favorable currency exchange rates added to the bottom-line results.

Looking out to the rest of 2018, bookings are running on pace with where they were a year earlier for 2017 bookings, but passengers are willing to pay more to set sail on Carnival. Picky investors may realize that three months ago, bookings were running ahead of a year earlier -- and also at higher berth rates -- but it's hard to quibble with a report that offered more good news than bad overall.

Carnival is still lifting its guidance for all of fiscal 2018. It now sees an adjusted profit of $4.20 to $4.40 a share, up from the $4 to $4.30 a share it was targeting in December and the $3.82 a share it earned in fiscal 2017. Armed with new tech -- like its wearable Ocean medallions that offer up custom-tailored experiences and convenience via Bluetooth -- and a push to add next-gen ships fueled by liquefied natural gas to its fleet, the world's largest cruise ship operator is doing more than just coasting along.