In a radio interview a few years ago, U.S. Senator Mark Warner remarked, "The average time someone used to hold a share of stock back in the '60s was eight years. Now, the average time is four months." The problem with this dramatically declining holding period is that it causes investors to miss out on the compounding effect that comes from owning for the long term, which is why Warren Buffett has famously said that his "favorite holding period is forever."

I've personally benefited from taking the Buffett approach, having invested the bulk of my portfolio into stocks I hope never to sell. One of those is Enterprise Products Partners (NYSE:EPD), which is a high-yielding energy master limited partnership that I've held for more than a decade. Over that time, the company has supplied me with an increasing amount of income, which I firmly believe will continue in the coming years. 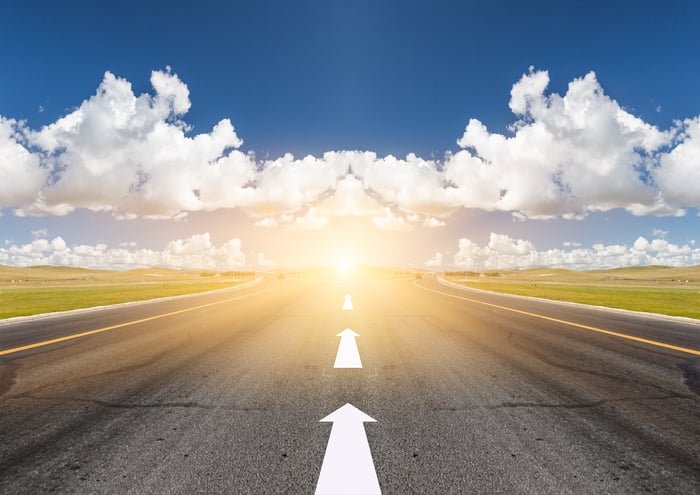 The power of compounding on display

My first investment in Enterprise Products Partners came in 2007. That initial purchase has appreciated in value by 73%. Add in the steadily growing cash distributions -- Enterprise has increased its payout every single quarter for the last 13.5 years -- and my total return is a lofty 215%, which has vastly outperformed that S&P 500's total return of 142% over that timeframe. Given that simply holding for the dividend fueled the bulk of my gains, it shows just how powerful compounding can be over a long period of time.

One thing that made Enterprise a great company to hold is its conservative approach to growth. The MLP has done two things that have set it apart from most others in the space. First, it doesn't distribute all the cash flow it generates each year to investors. Instead, it has always retained a sizable portion, usually about 20% of cash flow, to reinvest in expansion projects. Second, thanks in part to that head start, the company hasn't relied as heavily as rivals on the capital markets to finance expansion opportunities. Most notably, the company hasn't utilized as much debt as its peers to fund growth projects, which has allowed it to maintain one of the strongest credit ratings in the sector. While that more conservative approach prevented Enterprise from growing the payout as fast as some rivals over the past decade, it also didn't find itself stretched too thin when industry conditions deteriorated a few years ago, which forced several competitors to slash their payouts to pay down debt. 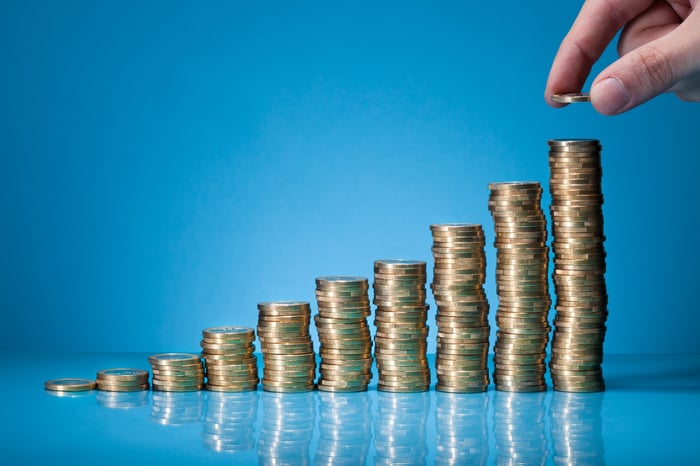 More of the same in the future, only better

While that past performance doesn't guarantee future success, Enterprise Products Partners appears poised to continue creating value for investors in the coming years. For starters, it has already lined up enough expansion projects to keep growing the payout through at least 2020. Meanwhile, it has more under development and should continue securing additional ones in the future. Driving that view is a recent study showing that the industry needs to invest about $26 billion per year on new energy infrastructure in North America through 2035 to meet future needs, which should provide Enterprise with ample opportunity to expand its network.

Complimenting the company's visible growth is its steadfast conservative approach to financing expansion. With so much growth coming down the pipeline, Enterprise could have opted to accelerate its distribution growth rate at a matching pace. Instead, it chose to slow it down in the near term to eliminate the need to issue new equity in funding the bulk of its growth in the future. As a result, by next year the MLP's retained cash flow can finance $1.25 billion in growth projects per year. That strategy will further reduce risk, adding another layer of sustainability to its high-yielding payout. It also increases my confidence that the company can continue paying a growing distribution for many years to come.

Hold on to the good ones

Finding great companies like Enterprise Products Partners, and holding them for the long term, has paid off for me over the years, more than making up for some missteps and losers along the way. I see that continuing given the company's conservative approach, which is why I hope to keep holding this exceptional income stock for the long haul.