Disney (NYSE:DIS) painted a glorious picture of the future this week, teasing how super heroes from Marvel's expanding universe will jump out of the comic books and into select theme parks worldwide in the coming years. Disneyland Paris, Hong Kong Disneyland, and Disney's California Adventure will all be getting a major infusion of Spider-Man, Iron Man, and Captain America.

Absent from the tantalizing announcement was Walt Disney World, Disney's largest theme park resort. Marvel's marquee characters would look great in Florida, but that can't legally happen. Nearly two decades ago, Comcast (NASDAQ:CMCSA) signed territorial rights covering most of Marvel's best-known characters for the use in theme parks in the U.S. east of the Mississippi River ahead of the opening of Universal Orlando's Islands of Adventure. 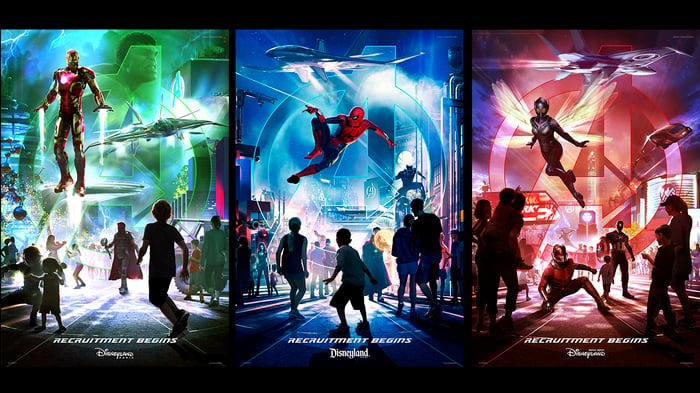 Disney can be slow to transform acquired franchises into flagship attractions. It won't be until next year when we see Star Wars: Galaxy's Edge make its debut at Disneyland and Disney World, nearly seven years after the original Lucasfilm asset purchase. Unfortunately for Disney, it doesn't have much of a choice when it comes to a lot of key Marvel properties within its four Florida theme parks.

Comcast's Universal Orlando features X-Men, Fantastic Four, Spider-Man, and Avengers attractions, essentially taking those four franchises off the table for Disney in Florida. Disney World's in-park meet-and-greets have been limited to Guardians of the Galaxy and Doctor Strange. It remains to be seen what it can and can't do with Black Panther, as this year's biggest box office smash has early comic book ties to Fantastic Four and Avengers.

In an ideal world, Disney would strike a deal with Comcast to win back those regional theme park rights. There is no shortage of assets that it can barter. It wouldn't be easy for Comcast to rebrand an entire theme park land that includes some the resort's most popular rides, but anything can be had at the right price. Deep down inside, Comcast has to feel odd about having to pay licensing fees and product royalties to a competitor that it once tried unsuccessfully to acquire.

Disney naturally has bigger incentives to get a deal done, especially now that Disney's California Adventure will roll out the new Marvel-themed land in 2020. Disney World is the most visited theme park resort on the planet, and the opportunities to attract comic book fans while also promoting the properties to its massive worldwide audience are too juicy to pass up.

Disney World already has plenty of new attractions on its plate, but there will always be room for the stars of some of its biggest live-action releases in recent years. It's an odd look in the Central Florida landscape to have a rival promoting your franchises, and it will get even stranger in the coming years as Disney World throws more of its weight behind the Marvel properties that aren't part of Comcast's park.