Please ensure Javascript is enabled for purposes of website accessibility
Log In Help Join The Motley Fool
Free Article Join Over 1 Million Premium Members And Get More In-Depth Stock Guidance and Research
By Daniel B. Kline – Apr 7, 2018 at 3:35PM

The retailer has shown some positive signs.

J.C. Penney (JCPN.Q) has been a confusing story in the changing retail marketplace. The company has not yet fully turned the corner like Best Buy, nor does it appear doomed like Sears (SHLDQ).

Instead, J.C. Penney has shown signs of success and finding a model that will work for the long term. In part, the retailer has been capitalizing on Sears' failures, adding appliances and home services in markets its rival has abandoned. It has also revamped its merchandise, specifically women's apparel, added more store-within-a-store concepts to make its locations shopping destinations, and added toy departments to all of its stores.

These changes have been working to a point, but J.C. Penney's success is certainly not guaranteed. This could become a major success story, or the retailer could become another victim of the retail crisis. 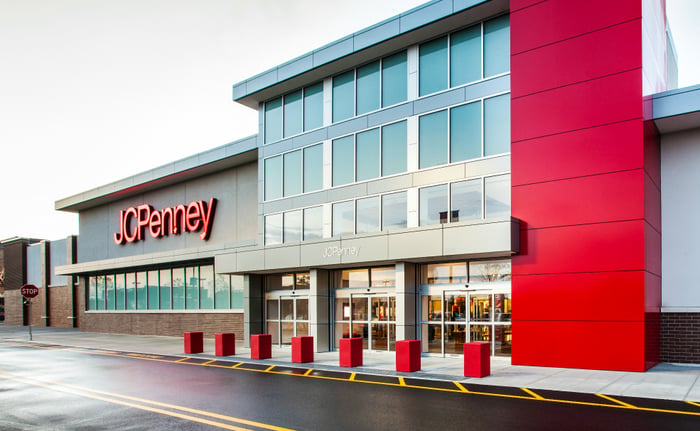 How is J.C. Penney doing?

Those are modest gains, but they present solid evidence that the chain's turnaround efforts are working. CEO Marvin R. Ellison certainly expressed that he believed that to be the case in his remarks in the fourth-quarter earnings release.

For 2017, we improved adjusted earnings per share by 175%, reduced our outstanding debt levels by over $600 million and generated over $200 million of free cash flow," he said. "During the fourth quarter, we delivered our strongest positive sales comps and achieved our largest gross margin improvement for the year."

Under Ellison's leadership, J.C. Penney has made real changes, and that has worked. While Sears' CEO Eddie Lampert has talked about change, he hasn't succeeded with most of the moves he's made. That's not the case at J.C Penney, where revised categories jewelry, home, Sephora, footwear and handbags, and salon were the top-performing divisions in the fourth quarter.

"In 2018, we will intensify our market share efforts in appliances, mattresses, and furniture, while continuing to take steps to modernize our apparel assortment and omnichannel," Ellison said. "Our strategy and plan is clear and consistent, and we remain focused on two critical factors -- to operate the business for growth and deliver profitable earnings."

So far, that has been a blueprint for success, and it's a reason to buy shares in the company. Ellison has shown that he can take a concept like adding appliances, test it, evaluate it, then roll it out to more stores, or kill it depending upon the results.

J.C. Penney is by no means a sure thing, and falling mall traffic could be a drag on the company that it can't overcome. However, that does not seem to be what's happening, and the retailer should build on 2017 as it captures customers freed up by Sears's slow death and the closing of Toys R Us.