Tuesday was another good day on Wall Street, thanks largely to diminished concerns about trade disputes between the U.S. and China. Chinese leaders made conciliatory comments that suggested that there could be a measured resolution to tensions between the two countries, and market participants took that as an all-clear sign to bid shares higher. Yet some stocks suffered from negative news. Tupperware Brands (NYSE:TUP), SBA Communications (NASDAQ:SBAC), and American Airlines Group (NASDAQ:AAL) were among the worst performers on the day. Here's why they did so poorly.

Shares of Tupperware Brands dropped 11.5% after the company announced an update to its guidance for the first quarter. The maker of food storage containers and other kitchen items said that it believes its revenue dropped 2% from the year-ago quarter, which is well below the 1% gain that Tupperware had seen as the low end of the range it had previously expected. The company also cut earnings guidance by $0.14 per share to a new range of $0.87 to $0.92 per share. A larger-than-expected impact from tax reform played a small role, but Tupperware also faced challenges across the globe, with a variety of execution issues hurting sales. CEO Rick Goings said that he has "confidence in how our business will perform going forward," but shareholders seem less comfortable with that optimistic assessment. 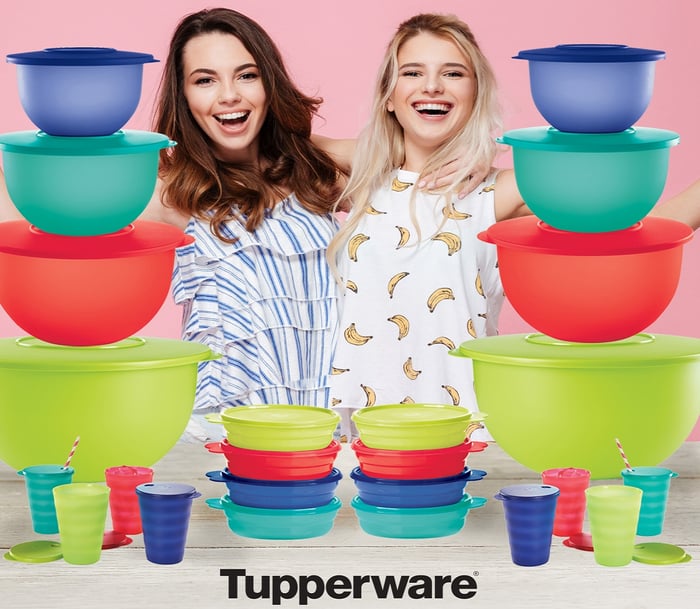 SBA Communications stock fell 5% as investors assessed the potential impact of consolidation in the telecom industry on the company's wireless tower assets. News that the No. 3 and No. 4 wireless carriers in the U.S. market could join forces through a merger hit shares of SBA and its peers hard, because fewer wireless companies would mean less competition for space on cellular towers that in turn could reduce the amount of leasing income that SBA and other tower owners are able to collect. After having expected better times due to rising capital expenditures, SBA shareholders are now concerned once again that the company could suffer if the wireless carriers finally get their act together this time and get a deal done.

Finally, shares of American Airlines Group declined 5%. Conflicting forces rocked the airline, as the stock initially responded positively to a new corporate outlook but then turned downward as oil prices spiked. Crude climbed more than $2 per barrel to go above the $65 mark, raising fears that tailwinds from relatively low fuel costs could go away in the near future. Yet the airline's investor update included a boost to revenue per available seat mile growth to a new range of 3% to 4% for the quarter, even as it invested in its long-term growth with a big new aircraft order. Investors will have to see how things shake out when American reports final results later this month.