Please ensure Javascript is enabled for purposes of website accessibility
Log In Help Join The Motley Fool
Free Article Join Over 1 Million Premium Members And Get More In-Depth Stock Guidance and Research
By Demitri Kalogeropoulos - Updated Apr 15, 2018 at 9:25AM

Procter & Gamble (PG 1.07%) recently announced an increase to its annual dividend. The fact that the payout rose this year is no surprise. After all, with 62 consecutive yearly hikes under its belt, the consumer goods giant boasts one of the longest-running streaks on the market. And P&G has been paying a dividend for almost 130 years -- ever since it was incorporated back in 1890.

Yet while a raise was never in doubt, investors might be surprised by a few other aspects of this dividend news. The quarterly dividend payment increased to $0.72 per share from $0.69 per share last year. That equates to a 4% boost, which is the biggest raise that P&G has given its shareholders since 2014. Investors might have expected a larger move, given that reported earnings shot up to $5.80 per share in the most recent fiscal year, up from $3.80 per share.

However, most of that increase came from the sale of its beauty products brands. P&G's core earnings rose by just under 6% in fiscal 2017, which means this dividend raise modestly trails profit growth. It is also a bit below what investors have seen from industry peers. Kimberly Clark (KMB -0.32%) boosted its payout by 5% in each of the last two years. And Colgate (CL 1.10%) lifted its dividend by 5% in early March, too.

2. P&G can afford the raise

P&G's payout ratio, or the percentage of earnings allocated to the dividend, has fluctuated quite a bit lately. Huge temporary charges and windfalls, including foreign exchange swings and brand divestments, have caused it to jump to over 80% before collapsing to well below 20% as reported in early 2018. Dividend payout as a percentage of earnings from continuing operations. Data source: P&G. Chart by author.

When you use adjusted numbers, though, you'll find that the answer lies somewhere in between those two extremes. P&G is expecting core earnings to rise by roughly 7% this fiscal year, up to about $4.19 per share, even as reported earnings dive, thanks to the comparison with a prior-year period that included massive gains from brand sales. That translates into a payout ratio of 68% of core profits, which is high but right in line with the company's recent past.

3. This is a solid yield

The new dividend keeps P&G's yield well above 3% (compared to 2% for the broader market) and makes this stock one of the highest-paying in the industry. Sure, Kimberly Clark's yield is a bit more generous, but that mainly reflects the weak operating trends that have pushed its sales growth to below 1%, or about half of P&G's expected expansion pace in 2018. 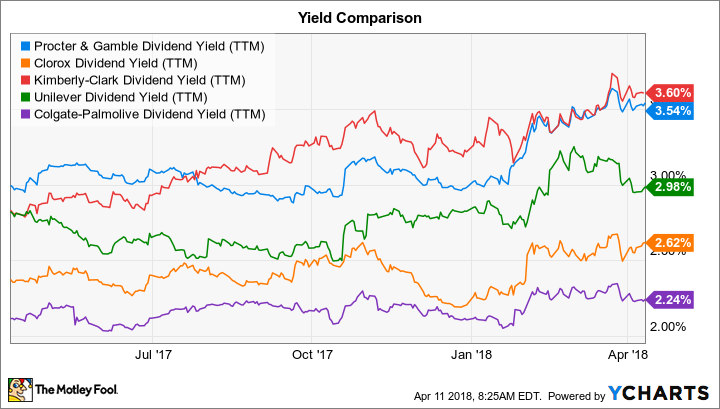 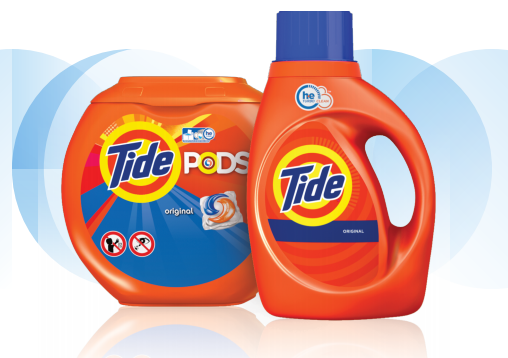 P&G's dividend announcement came about a week before the release of its fiscal third-quarter results, and so it will be interesting to see how the new dividend fits into management's updated capital return plans.

After all, CEO David Taylor and his team recently faced opposition from shareholders, who elected an activist investor to the board of directors against management's wishes.

This upcoming quarterly report will be the first one with the new board in place, which means investors can expect to hear details about executives' plan to deliver improved returns ahead, likely through the combination of faster growth and increased direct returns via dividends and share repurchases.