Earnings season continued to have a big influence on the stock market on Wednesday, with major benchmarks moving in different directions depending on which industries were most dominant among their constituents. Energy stocks did extremely well after crude oil prices jumped to highs not seen in more than three years. Market participants weighed the prospect for stronger economic growth worldwide as well as potential supply disruptions stemming from geopolitical concerns. Elsewhere, though, some stocks weren't able to keep up with their peers. IBM (NYSE:IBM), Altria Group (NYSE:MO), and Lam Research (NASDAQ:LRCX) were among the worst performers on the day. Here's why they did so poorly.

Shares of IBM lost almost 8% despite the company reporting first-quarter financial results that in many ways looked encouraging. After years of falling sales, Big Blue had a 5% rise in revenue, and adjusted earnings were higher by 4% from year-ago levels. Yet most of IBM's sales increase came from foreign currency impacts, leaving the tech giant's top line disappointingly flat on a currency-neutral basis. Moreover, the company chose not to make any changes to its guidance for the full year despite beating earnings expectations, signaling some concerns about its immediate future. IBM's efforts to concentrate on high-growth businesses like the cloud have helped Big Blue make progress, but there's a lot further to go before investors can declare victory. 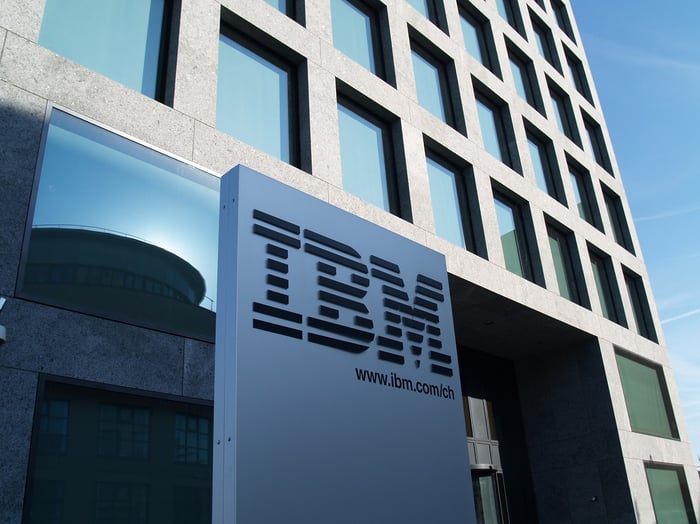 Altria Group stock dropped 4% after getting negative comments from Wall Street analysts. The cigarette giant got downgraded from buy to neutral at Citi, with analysts there cutting their price target on Altria stock from $84 to $70 per share. Not only is the U.S. cigarette industry likely to continue seeing long-term declines in sales volumes, but competition in the fast-growing e-cigarette market is threatening to eat into Altria's market share. The tobacco giant has made efforts of its own to come up with alternatives to traditional cigarettes, but if the company's earnings report later this week confirms competitive pressures, then investors could start to head for the exits.

Finally, shares of Lam Research fell 4% following the release of the company's fiscal third-quarter financial report. The semiconductor equipment and fabrication specialist said that revenue soared by more than a third, pushing net income higher by 35% and topping the earnings projections that those following the stock had made before the company's report. Yet Lam's outlook for shipments of between $2.85 billion and $3.15 billion for the current quarter was less optimistic than investors had hoped. After seeing huge gains in 2017, Lam Research stock is responding to fears that typical cyclical pressures will inevitably lead to weaker performance at some point.