These stocks may not double next year, but there's plenty of long-term potential.

The recipe for successful long-term investing is simple in theory but difficult in practice: Buy shares of high-quality companies; pay reasonable prices for those shares; and hold on to them for many years, unless there are legitimate reasons to sell. Failing at any one of those steps will cause trouble.

Any stock could double over the next decade, but only some have an above-average shot at doing so. These Motley Fool investors think Alphabet (GOOG -1.62%)(GOOGL -1.81%), Blackberry (BB 0.87%), and Berkshire Hathaway (BRK.B 0.04%) are three such stocks. Here's what you need to know. 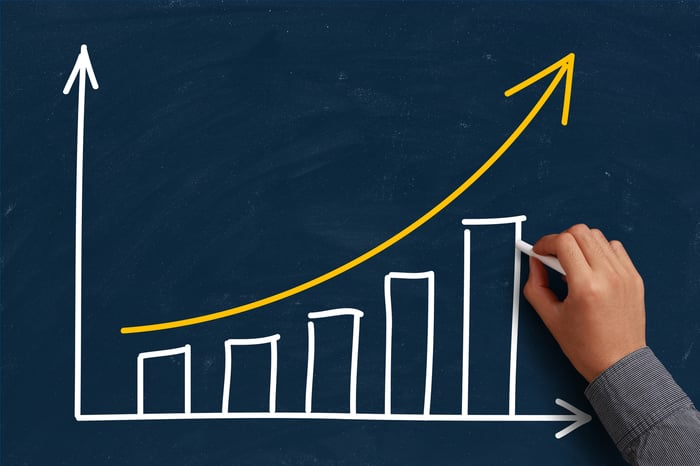 This tech giant is just getting started

Steve Symington (Alphabet): It might seem crazy to predict that shares of a $750 billion company could double from here. But I think Alphabet (GOOG -1.62%)(GOOGL -1.81%) has the potential to do exactly that.

As the parent company of Google, Alphabet already boasts seven products that each have at least one billion active users, including Search, YouTube, Gmail, Android, Chrome, Maps, and the Google Play store. But it's easy to forget that around 4.5 billion people -- two-thirds of the world's population -- still don't have access to the internet. And the network effect surrounding the already enormous scale of Alphabet's core product portfolio will mean it's well positioned to benefit when those people come online.

That's also not to mention Alphabet's smaller "Other Bets" segment, which is mostly made up of early stage businesses with massive long-term promise. Think Nest connected-home products, Fiber high-speed internet, Verily Life Sciences solutions, and Waymo self-driving vehicles, to name only a few.

Revenue at Other Bets jumped nearly 50% last year to $1.2 billion. But many of its smaller businesses are still in their pre-revenue stages, so the segment incurred a hefty operating loss of $3.4 billion over the same period. But with a growing cash hoard of nearly $103 billion on its balance sheet at the end of last year thanks to its massively profitable Google operations, Alphabet can afford to continue fostering these bets with a long-term mindset. If any one of them truly begins to take off in the coming years, it could stoke Alphabet's returns that much more.

Leo Sun (BlackBerry): BlackBerry controlled about a fifth of the world's smartphone market in 2009. But it eventually lost the entire market to iPhones and Android devices. By the time John Chen became BlackBerry's CEO in 2013, it controlled less than 1% of the market

In 2016, BlackBerry stopped manufacturing its own smartphones, and licensed its brand to Chinese smartphone maker TCL, which created a new subsidiary called BlackBerry Mobile. TCL pays BlackBerry licensing fees, a high-margin revenue stream that complements its software and services revenues.

Wall Street expects BlackBerry's revenue to fall just 8% this year, and rebound 10% next year. Its earnings are also expected to grow again as its revenue rises. BlackBerry's growth and valuations look messy now, but I think investors could warm up to this humbled tech giant again over the next decade -- and its stock could eventually double.

Many years of growth ahead

Tim Green (Berkshire Hathaway): Warren Buffett's Berkshire Hathaway is already worth nearly a half-trillion dollars. But it's not crazy to think that the stock could double over the next 10 years. A doubling over a decade requires a compound annual growth rate of just about 7.2%. That's a little more than one-third of the historical growth rate of both Berkshire's book value and its stock price.

In other words, Berkshire doesn't need to hit home runs for the stock to double from here. It just needs to keep doing what it's been doing. Under Buffett's leadership, the conglomerate has built up a collection of high-quality businesses with durable competitive advantages that should throw off increasing amounts of cash as time goes on. That cash can be invested in even more high-quality businesses, picked by Buffett or his eventual successors.

Of course, if the broader market goes nowhere over the next decade, perhaps because valuations today are historically high, Berkshire could follow suit and fall short of doubling. But Berkshire's earnings will likely rise substantially over that time, making the stock more attractive and planting the seeds of future gains.