3M stock crashed after the conglomerate released its first-quarter earnings, but there's more than meets the eye.

Sure, 3M reported a massive drop in its first-quarter GAAP earnings and downgraded its full-year guidance, but you need to dive deeper into the earnings report and management's outlook to get a sense of how bad the company's quarter really was.

The table below, which provides a snapshot of the key numbers from 3M's earnings,  should give you a hint why the market reacted so strongly. What I explain later tells you why it shouldn't have.

3M sales hit all-time highs of $8.3 billion, with each business segment and geography contributing to growth. Because 3M is a hugely diversified company in terms of the markets that it serves, it's worth noting where the bulk of the growth came from during the quarter. Note that organic local currency sales exclude the impact of acquisitions, divestitures, and currency fluctuations.

While safety and graphics continued to ring in strong sales for 3M, the sharp deceleration in electronics and energy versus the fourth quarter came as a shocker. 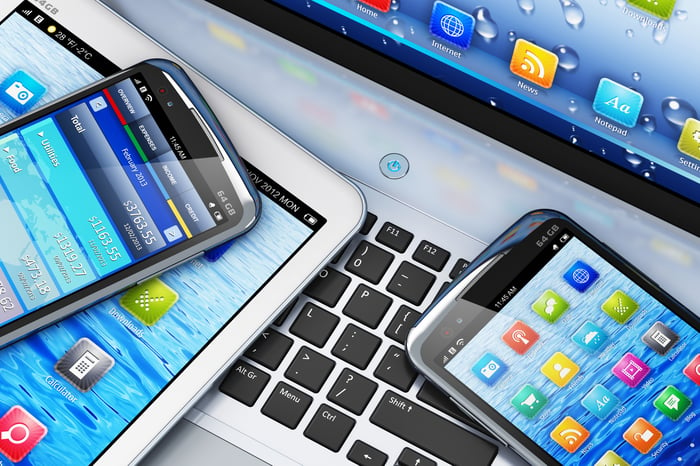 Weak demand and prices for electronic display materials in Q1 offset strength in semiconductors. While the market has reacted sharply to the slowdown in 3M electronics, it's important to understand that it's not a company-specific event. For perspective, South-Korean conglomerate Samsung Electronics also was hit by a downturn in the display business in its most recent quarter, thanks to the sluggishness in the smartphone and liquid crystal display (LCD) markets.

Yet despite higher sales, 3M's earnings and cash flow took a hit because of huge one-time expenses.

What happened with 3M this quarter

The lawsuit in question dated back to 2010 and related to the alleged contamination of the State of Minnesota's drinking water by a former Scotchguard ingredient. In February, 3M settled the potential $5-billion suit for roughly $850 million and recorded the expenses in its first quarter.

Chairman, president, and CEO Inge Thulin, who's set to retire this July and hand over the reins to current COO Michael Roman, is upbeat about 3M's prospects. During 3M's first-quarter earnings call, Thulin stressed how the company had "delivered good growth in the quarter throughout much of the portfolio" despite unexpected softness in some markets.

For the rest of the year, here's what Thulin said:

Going forward, we remain confident in our ability to keep generating premium value for our customers and premium returns for our shareholders. We will continue to execute a 3M playbook and strengthen our competitiveness and are well-positioned to deliver strong results in 2018 and beyond.

That's a barely 0.7% downgrade at the midpoint. You'd have expected something bigger for the stock's sharp drop. Considering that 3M also reiterated its goal to convert 90% to 100% of net income into free cash flow in 2018, long-term investors can tune out the noise.