Please ensure Javascript is enabled for purposes of website accessibility
Log In Help Join The Motley Fool
Free Article Join Over 1 Million Premium Members And Get More In-Depth Stock Guidance and Research
By Daniel B. Kline – Updated Apr 30, 2018 at 1:18PM

The company is changing its approach in important ways.

Starbucks (SBUX -0.12%) serves 75 million customers each month, but the majority of them only visit the chain between one and five times in a month, according to COO Rosalind Brewer's remarks during the chain's second-quarter earnings call. That casual audience, she added, makes up nearly half of the company's sales volume in the afternoon, which is greater than their impact on other day parts.

Growing afternoon sales has been a long-standing goal for the company. It has tried everything from new food menus to adding a line of sodas, along with countless promotions designed to drive afternoon traffic.

Starbucks is not alone in facing this challenge. In some ways, it's a byproduct of being known as a coffee company first. Rival Dunkin' Donuts has failed in its attempts to use pizza, sandwiches, soups, and more to drive afternoon traffic.

Now, however, Starbucks is making a major shift in its approach. It's not going to rely on gimmicks, limited-time-offers, or the tricks it has tried previously to increase sales in the afternoon. Instead, the chain plans to try to have a better relationship with its casual customers. 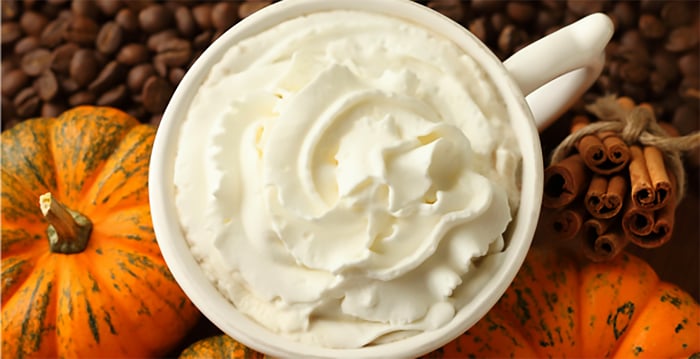 Starbucks is going to have fewer promotions, but it won't get rid of customer favorites like the Pumpkin Spice Latte. Image source: Starbucks.

Brewer acknowledged that Starbucks does not have a digital relationship with most of its casual customers. That makes it harder to market to them in the way the chain can directly communicate with its 15 million Rewards program members. These customers, the COO explained, have a low awareness of new product introductions and many of the coffee chain's newer core offerings, like its blonde espresso.

"In fact, over this past year, only one in four of these non-Starbucks Rewards occasional customers were aware of our new offerings and key promotions, as compared to nearly double that of our frequent Starbucks Rewards customers," she said.

Starbucks is shifting its strategy to gain digital relationships -- at least casual ones -- with these users. A key way the company is doing that is by changing its WiFi signup process. The chain now asks for an email address the first time a user logs in with a specific device.

If the customer opts for automatic login, he or she will be logged in automatically on future visits and receive email newsletters and product offers from the company. Starbucks is, however, mindful that casual customers probably won't be happy receiving a lot of emails and the company will limit it to about one per week, GeekWire first reported.

Brewer called the company "highly focused on driving more digital relationships outside of Starbucks Rewards to help develop relevant marketing and offers for more occasional customers." That essentially means that by having so many more email addresses the company can test what works to bring casual customers back.

The chain has decided that it's going to cut back on its limited-time-offers like its Unicorn Frappuccino by about 30%.

"Our new approach to marketing will be centered on meaningfully strengthening customer relationships by increasingly targeting our offers to each customer," she said. "While we still have unique products such as Crystal Ball Frappuccino, our focus will shift to leveraging platforms with broader appeal."

Basically, instead of building hype and maybe a one-time sales boost for an over-the-top offering, Starbucks wants casual customers to understand its full offering better. That means added promotion for items like its blonde espresso which can be used across an entire group of existing beverages.

In theory, Starbucks can make different offers to different types of customers. If it knows a loyal, daily customer comes in on some afternoons, but only gets a drink, it can offer a deal on food. The chain can also offer better promotions to customers who otherwise may not have stopped by.

Casual customers may require more incentive to drop by more often. The company won't have the granular data on them it does on Rewards program members who order via the chain's app, but it will be able to identify trends. That's a powerful marketing tool that should allow the chain to fine-tune its mix of promotions along with who gets what offer when.