Please ensure Javascript is enabled for purposes of website accessibility
Log In Help Join The Motley Fool
Free Article Join Over 1 Million Premium Members And Get More In-Depth Stock Guidance and Research
By Leo Sun - May 1, 2018 at 10:06AM

The Switch was a hit with gamers, and became a new pillar of growth for NVIDIA's Tegra chips, which had mostly been installed in its Shield devices and connected cars. Unfortunately, the future of Tegra might be jeopardized by Fusée Gelée, a new exploit that lets Switch users modify their consoles with custom code.

Fusée Gelée exploits a worrisome flaw in the Tegra X1's read-only memory. When a Tegra-powered device boots up in recovery mode and checks for connected USB devices, the exploit allows a connected device to deliver up to 65,535 bytes of data that will then be executed without question. 65,535 bytes is a tiny figure in modern computing, but it's enough to "jailbreak" the Switch and enable the installation of custom software.

This means that the hacked Switches could eventually be modified to run emulators or play pirated games. To make matters worse, the hardware-level hack can't be patched with a software update.

Which chips and products are affected?

The exploit can be used on Switch consoles, NVIDIA's own Shield devices, and Alphabet's Pixel C tablet. In a security notice, NVIDIA notes that other devices using "older" Tegra processors might also be affected.

The Tegra X1 also powers infotainment and self-driving systems from automakers like Audi. Therefore, the notion that the Tegra X1 can be hacked could hurt NVIDIA, which is still answering tough questions about driverless accidents at Uber and Tesla -- which both use the chipmaker's hardware.

However, NVIDIA stated that Fusée Gelée cannot be activated remotely for an internet-based attack. Instead, a hacker needs to gain physical access to the hardware to install the exploit -- so it's highly unlikely that hacked Nintendo Switches will pave the way to remotely hijacked vehicles. NVIDIA also stated that newer chips, like the Tegra X2 and Xavier, can't be hacked in the same way. 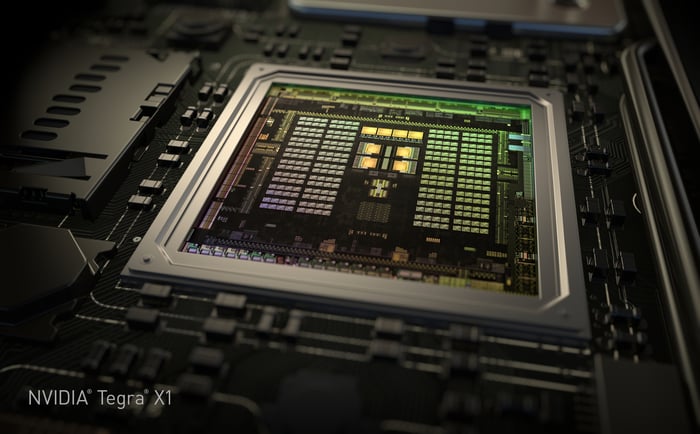 Will this impact NVIDIA's relationship with Nintendo?

Nintendo is notoriously tough on software piracy. It's sued modding businesses, emulator makers, and makers of game-copying hardware in the past. It even went after YouTubers who were broadcasting live streams of its games.

Nintendo's piracy concerns also dictated many of its console design choices. It stuck with cartridges for the N64 when other consoles moved on to CDs, while the GameCube used smaller lower-capacity discs instead of industry-standard DVDs.

The 3DS' dual screens, the Wii's motion controls, and the Switch's hybrid form factor also made it tough to emulate those games on PCs. Simply put, Nintendo can't be happy that the Tegra hack could let pirates install emulators and pirated software on their Switches.

But that doesn't mean Nintendo is out of options. It could ban modified Switches from accessing online services, block user accounts, or even remotely "brick" the consoles. Nintendo is also reportedly developing an upgraded Switch that uses a newer Tegra chip. Therefore it's highly unlikely that Nintendo will part ways with NVIDIA over the incident.

How much does Nintendo matter to NVIDIA?

NVIDIA's Tegra revenues rose 86% to $1.53 billion last year and accounted for 16% of its top line. NVIDIA doesn't disclose how much of those revenues come from the Switch.

Those estimates indicate that Nintendo contributed up to $660 million in revenues to NVIDIA over the past year, which would be equivalent to over 40% of its Tegra revenues last year. Nintendo believes that it can sell 37 million Switches by April 2019, indicating that the console will remain a major growth engine for NVIDIA's Tegra business over the next few quarters.

The Fusée Gelée hack represents a near-term challenge for NVIDIA and Nintendo, but it probably won't hurt the two companies' relationship. The newer Tegra chips aren't affected, and both companies will likely take steps to counter the exploit.

However, the hack highlights NVIDIA's growing dependence on Nintendo, and how rising sales of the Switch could offset softer demand for Tegra chips from automakers and other device makers in the future.