Please ensure Javascript is enabled for purposes of website accessibility
Log In Help Join The Motley Fool
Free Article Join Over 1 Million Premium Members And Get More In-Depth Stock Guidance and Research
By Rick Munarriz – May 7, 2018 at 4:18PM

An analyst downgrades the satellite radio provider, favoring a tracking stock to get in at a 33% discount.

There are two ways to buy into the country's lone provider of satellite radio, and one Wall Street pro thinks you should consider the road less traveled. Buckingham analyst Matthew Harrigan is downgrading shares of Sirius XM Holdings (SIRI) on Monday, lowering his rating from buy to neutral.

Harrigan isn't necessarily bearish on Sirius XM and its steadily improving fundamentals. He's actually lifting his price target on Sirius XM from $7 to $7.25 in the process of the downgrade, accounting for some of the gains in the shares since his last update. Harrigan just feels that investors wanting some skin in the company behind the Sirius and XM satellite radio platforms are better served by picking up shares of Liberty SiriusXM (LSXMA 0.25%) instead. The tracking stock is trading at a chunky 33% discount to Sirius XM Holdings, and the analyst feels that it's the smarter play on the success of premium satellite radio. 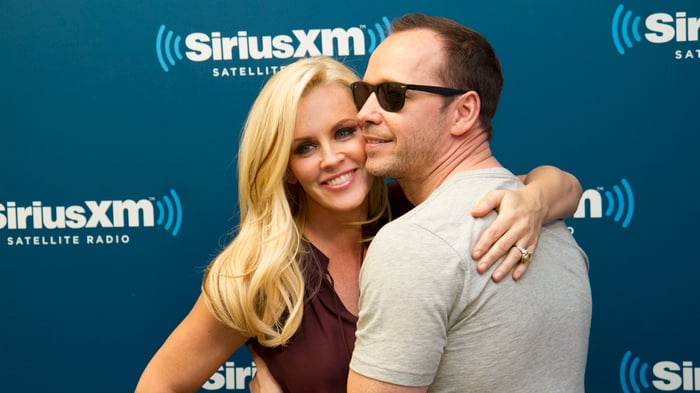 Satellite radio on the cheap

Harrigan isn't the only analyst to downgrade Sirius XM while remaining bullish on Liberty SiriusXM. Two months ago, it was Jason Bazinet at Citi lowering his rating on Sirius XM to neutral, while sticking to his earlier buy call on Liberty SiriusXM. Bazinet's concern is that free cash flow growth will decelerate for the satellite radio provider in the coming years, and that Sirius XM stock could essentially march in place as its market multiple contracts. The large discount that the market is bestowing on Liberty SiriusXM could provide upside in the lull of the stock it tracks, if not some downside protection.

It's been two years since media conglomerate Liberty Media decided to break up its assets into three tracking stocks. Most of its value at the time came from its controlling stake in Sirius XM, but it also decided to spin off smaller tracking stocks related to its Atlanta Braves and Formula One positions.

The one thing that investors need to know is that just as we see with closed-end funds or nonvoting stocks trading at a discount, there's no guarantee that the gap will ever shrink. Liberty SiriusXM stock has risen 35% since its close on April 18, 2016, its first day of trading. Sirius XM shares have soared 73% in that time. The discount has actually widened, as investors flock to Sirius XM as either the name they know or for the sake of greater liquidity given the lighter trading volume of the tracking stock.