In the second half of 2015, chip giant Intel (NASDAQ:INTC) started shipping products based on a new chip design known as Skylake. Skylake was a solid improvement over the prior-generation chip design, known as Broadwell, delivering performance, feature, and power efficiency improvements. Skylake was manufactured with the company's 14nm technology.

Skylake was only intended to stay in the market for one year -- the length of a typical personal computer processor product cycle -- before being replaced by Cannon Lake in 2016. However, thanks to manufacturing difficulties with the 10nm technology that was to be used to manufacture Cannon Lake and its successors, and poor planning around those manufacturing difficulties, Intel's main product lines are still based on the Skylake design, albeit with tweaks to the manufacturing technology and core counts to boost performance. 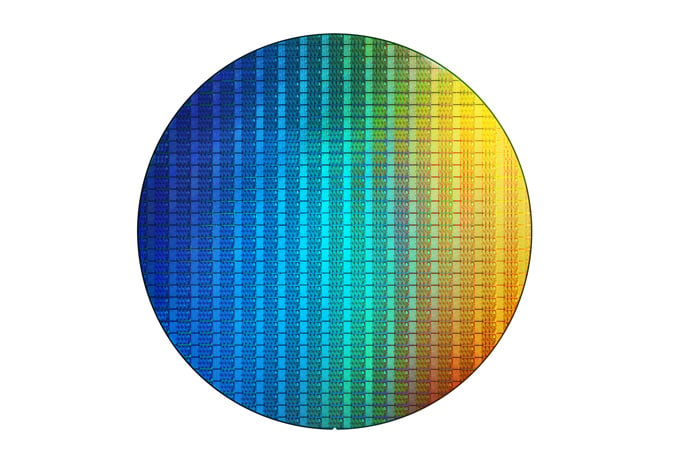 According to a tweet from ex-Intel engineer Francois Piednoel, the company had the opportunity to bring all-new processor technology designs to its currently shipping 14nm technology, but management decided against it.

my post was actually pointing out that market stalling is more troublesome than Ryzen, It is not a good news. 2 years ago, I said that ICL should be taken to 14nm++, everybody looked at me like I was the craziest guy on the block, it was just in case ... well ... now, they know

Allow me to explain why Intel's decision-makers made a huge mistake in not listening to Francois' suggestion.

Alternatively, if a company can bring new processor design innovations to a tried-and-true manufacturing technology, then it can deliver performance, power efficiency, and feature improvements.

This development methodology worked well because it allowed Intel to minimize risk while ensuring a reliable stream of product innovations to the market.

The problem in recent years is that Intel has been unable to bring its major new manufacturing technology, known as 10nm, into mass production. At the same time, the issues with 10nm seemed to catch Intel off-guard. So, by the time it became clear that 10nm wouldn't go into production as planned, it was too late for Intel to do the work to bring one of the new processor designs that was originally developed to be built on the 10nm technology to its older 14nm technology.

What Intel has ended up doing is making slight tweaks to its 14nm technology to wring out more performance (these are called 14nm+ and 14nm++), but it hasn't made any changes to the design of the processors themselves (aside from things like adding more processor cores). This has led to a dramatic slowdown in the pace of the performance improvements that Intel has been able to deliver over the last three years, negatively impacting the company's competitive positioning in key markets.

What Piednoel is saying in the tweet I quoted above is that when management had the opportunity to start doing the work to bring their latest processor design, known as Ice Lake (abbreviated "ICL" in the tweet), they decided against doing so.

That was likely because management truly believed two years ago that Intel's 10nm manufacturing technology would be ready for production today. Management bet incorrectly, and Intel's product portfolio is set to suffer as a result.

Intel CEO Brian Krzanich says that the severe struggles that the company has suffered in bringing its 10nm technology to mass production have been due to the company trying to deliver a more aggressive than usual improvement in chip density compared to what it did in prior generations. He expressed confidence that this mistake wouldn't repeat during the 7nm generation.

While I hope for Intel's sake that it won't see such manufacturing-related stumbles post-10nm, the lesson Intel should take away is this: It should never let manufacturing struggles hold back the innovation that its processor designers are cooking up. Management should've spent the extra development resources trying to bring the Ice Lake processor design to 14nm technology as a backup plan, especially since management must have known that 10nm was in rough shape two years ago.