Please ensure Javascript is enabled for purposes of website accessibility
Log In Help Join The Motley Fool
Free Article Join Over 1 Million Premium Members And Get More In-Depth Stock Guidance and Research
By Tyler Crowe - Updated May 10, 2018 at 3:36PM

Fairmount's merger with Unimin will create a behemoth in the oil and gas proppant and industrial sand industry, but that doesn't mean it's automatically a great investment.

Over the past few years, Fairmount Santrol Holdings (NYSE: FMSA) has been a laggard in the frack sand business. It took the company much longer than its peers to clean up its balance sheet and start spending on expanding its operations with new mines and logistics assets. Recently, though, the company has been looking to leapfrog over its competition with a merger that would make it the biggest player in the industry.

As part of the company's earnings release last week, management discussed some of the benefits that this combined company will have and what it could mean for its shareholders. So let's take a look at what happened last quarter and whether the proposal is indeed a valuable one for investors.

The first quarter was a challenging one for frack sand suppliers as rail shipments of sand experienced several delays from congestion. This issue was problematic for just about every company out there this past quarter. Fairmount wasn't hit nearly as bad as some others as proppant volumes were only down 5% compared to the prior quarter. Fortunately for the company, higher spot prices for sand helped to offset those volume declines and allowed the company to post higher operating income results. Toss in a lower corporate tax rate and you get a much-improved income statement.

While it's encouraging to see the company post better-than-expected results, they don't really matter in the grander scheme of things with Fairmount's pending merger with private company Unimin. At the end of last year, the two announced the deal that will involve Fairmount's shareholders receiving 35% of the combined company as well as a one-time cash payment of $0.74 per share.

This merger will create an absolute monster of a company in the industrial sand and aggregate business. The combined company's footprint will mine about 36 million tons of sand per year, more than double the industry's second-largest player U.S. Silica Holdings. Also, the move will diversify Fairmount away from being so intricately tied to the oil and gas industry as the combined entity will derive about 40% of its business from industrial clients for products like resin-coated sands for foundries and glass manufacturing. 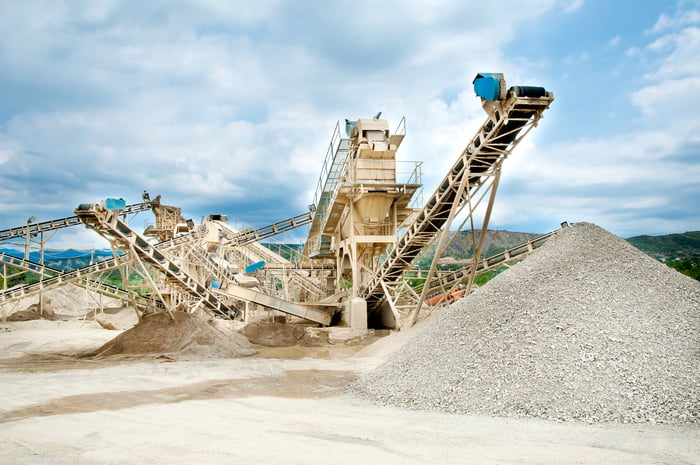 On paper, the combined entity will generate approximately $450 million in annual adjusted EBITDA, but management thinks it can boost that by an additional $150 million through operational synergies. The merger will also significantly lower the company's leverage. As it stands today, Fairmount Santrol has a debt-to-EBITDA ratio of 4.1 times. Following the merger, the two should have a net debt-to-EBITDA ratio closer to 2.3 times.

Since the deal was announced, several law firms have come out of the woodwork looking into whether Fairmount's executive team and board of directors acted in the best interest of shareholders. Some of them have since filed a class action lawsuit. These kinds of lawsuits aren't uncommon and could amount to nothing. Just in case, though, CEO Jenniffer Deckard went out of her way to extol the virtues of the deal on the company's conference call and how much it will benefit Fairmount's current shareholders.

Fairmount Santrol's shareholders will own 35% of a larger, stronger and better-positioned company. For many reasons, we view this 35% ownership as a premium in itself.

This is true when simply valuing relative debt adjusted EBITDA contributions from each of the two companies throughout a cycle even at similar multiples. Additionally, because of Unimin's larger relative contribution from its more predictable and resilient industrial business, we would suggest that the combined company should also benefit from a multiple uplift from where more profit-focused companies currently trade. This view is supported by the multiples for both publicly traded industrial peers as well as by recent transactions in the space. 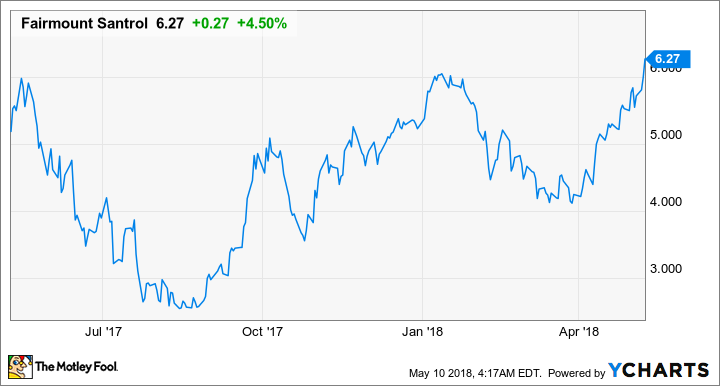 From an operations' standpoint, the merger between these two companies looks like a great idea. It will give the combined entity unparalleled scale and a much more balanced portfolio of business segments. That's a valuable trait to have in a volatile market such as supplying frack sand to oil and gas.

The question that remains is how much this will lead to shareholder returns over the long haul. Will the company pay a dividend? Will it continue to buy back shares with excess cash as Fairmount had planned to do prior to this merger? Or will management plan to plow more money into the business and grow earnings? While there are some compelling aspects of this proposed merger, it looks like investors should probably take a wait-and-see approach until we see whether the company can actually deliver on this synergy plan and what it intends to do to make it worth an investor's while to buy this stock.