Please ensure Javascript is enabled for purposes of website accessibility
Log In Help Join The Motley Fool
Free Article Join Over 1 Million Premium Members And Get More In-Depth Stock Guidance and Research
By Anders Bylund - May 11, 2018 at 10:17AM

Steady as she goes, the TV content producer posted growth across the board and expects more of the same for the rest of 2018.

AMC Entertainment (AMCX -0.14%) reported first-quarter results early Thursday morning. The small-screen content producer and distributor delivered growth across the board thanks to a mix of successful content operations and shareholder-friendly share buybacks.

In a prepared statement, AMC Networks CEO Josh Sapan noted that his company offers a unique blend of low-priced content licenses and high-quality programs. Among other effects, this approach has made AMC perhaps the most widely distributed content production studio across the major streaming video platforms in America and overseas.

"Our content continues to break through in a cluttered environment, with recent series including BBC AMERICA's Killing Eve, IFC's Brockmire, and AMC's Fear the Walking Dead and The Terror drawing wide critical acclaim and strong viewership, and our streaming services, Sundance Now and Shudder, continue to gain traction with consumers," Sapan said. 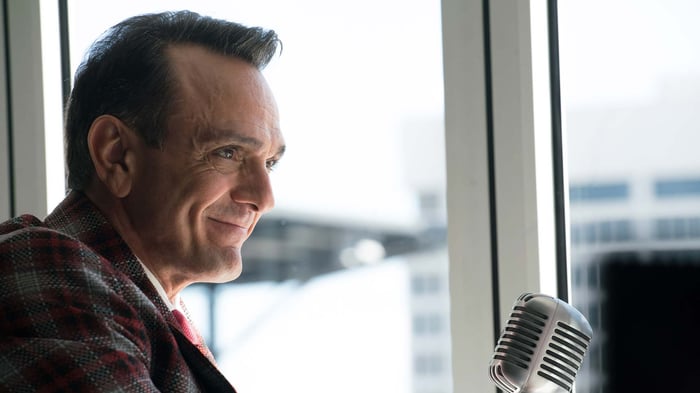 The first-quarter results did not inspire AMC's management to make any changes in its full-year guidance comments. In general, the company should see single-digit percentage growth in both top-line sales and adjusted bottom-line earnings this year. National networks should deliver a sequential improvement to its ad revenue in the second quarter driven by the timing of AMC's programming slate. Content licensing to other distributors is expected to rise slightly faster than subscription sales for AMC's own cable networks.

Going forward, AMC's overarching strategy stays the same: Produce great content for a mix of exclusive in-house distribution and a larger collection of distribution partners, on whatever terms might be appropriate for each title. Flexibility is the name of the game.