There was a lot to like when premium-format theater company IMAX (NYSE:IMAX) reported the financial results for its just-completed first quarter. Revenue of $85 million grew 23% year over year, adjusted earnings per share of $0.21 tripled compared to the prior-year quarter, and the company made significant headway on its initiatives to increase box office and margins while decreasing expenses.

Beyond the top and bottom lines, however, IMAX executives discussed several topics of interest to investors and outlined their optimism for the coming year. Find out why superheroes, a new laser projection system, and opportunities in international markets give them confidence in the business moving forward. 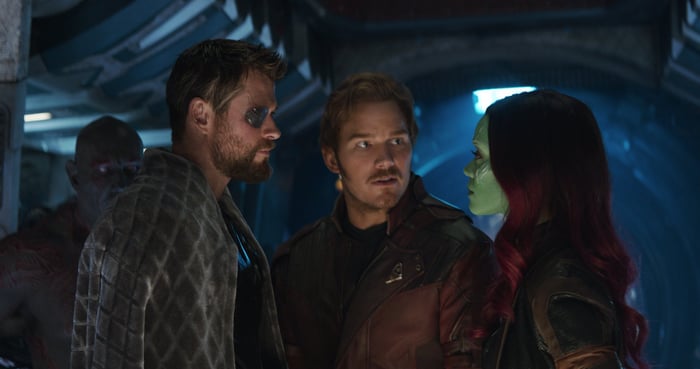 We're in the blockbuster business

During the conference call with analysts, IMAX CEO Rich Gelfond made the bold pronouncement: "Remember, IMAX is not an exhibitor. We are in the blockbuster business." He said that content creators were increasingly favoring "big event films over smaller ones," and this gives IMAX an edge compared to standard theaters.

That thesis played out with several recent superhero movie releases. Walt Disney's (NYSE:DIS) Marvel Studios' debut of Black Panther in February grossed $35 million at the box office at IMAX locations on its opening weekend, which IMAX said was a "record February global launch" for the company.

The pattern repeated with the release of Avengers: Infinity War, the latest installment in the Marvel canon. The first film shot entirely in IMAX cameras, it grossed $41.5 million in ticket sales, a record global launch for IMAX theaters.

The rest of the world

While most market watchers are focused on the stagnant nature of the North American box office, IMAX continues to focus on the substantial international marketplace.

India is one such market. Gelfond pointed out that the company has recently doubled its contracted theater count in the country to 40 systems over the previous 12 months. The potential is evident in the box-office results, which grew 144% year over year. The company is planning to remaster more films in Indian languages that will play well not only in India but in other select markets worldwide.

Saudi Arabia is another opportunity specifically addressed on the call. The conservative kingdom recently repealed a 35-year ban on movie theaters and is actively courting companies to fill the void. IMAX's largest Middle East partner, VOX Cinemas, will be building the first IMAX theater in Riyadh Park. AMC Theatres, meanwhile, is planning to open 40 cinemas in Saudi Arabian cities in the coming five years; that number rises to 100 theaters across 25 cities by 2030. IMAX and AMC are currently in discussions concerning the placement of IMAX theaters in the kingdom.

It's important to note that even with recent declines in domestic movie attendance, attendance at IMAX theaters has been growing. While overall box office in North America was down by 2% in the first quarter, IMAX sales increased by over 14% in its domestic market.

That statistic, as well as the opportunities outlined above, bode well for IMAX -- and for its shareholders.