Net1 UEPS' quarterly revenue grew 10% year over year to $162.7 million, and translated to GAAP earnings of $3 million, or $0.05 per share. On a non-GAAP basis, however -- which notably adjusts for one-time items like stock-based compensation and asset-impairment costs -- earnings arrived at $53.8 million, or $0.95 per share, including a $0.52-per-share fair-value adjustment related to its investment in South African mobile operator CellC. Through that lens, Net1 UEPS handily beat expectations for adjusted earnings of $0.42 per share on revenue of $146.8 million. 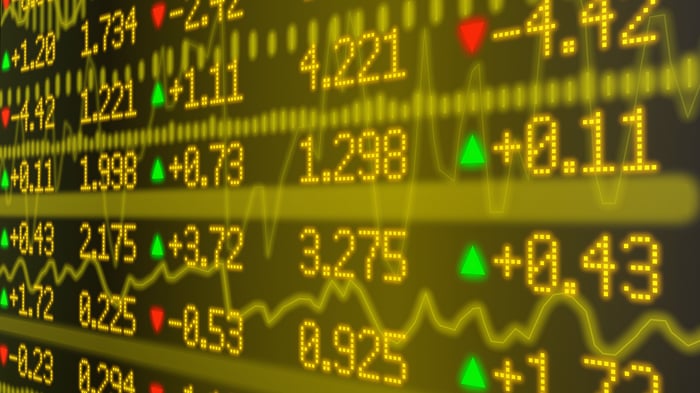 Within Net1 UEPS' top line, South African transaction processing segment revenue grew 15% year over year (or 4% at constant currency) to $73.5 million, helped by an increase in both the number of EPE accounts and higher transaction revenue with increased usage of its ATMs.

Meanwhile, Net1 UEPS' international transaction processing segment saw sales climb slightly from the same year-ago period to $46.2 million, driven by the launch of its cryptocurrency processing by its Masterpayment subsidiary. Finally, financial inclusion and applied technologies revenue grew 5% (but fell 5% at constant currency) to $59.6 million, with fewer prepaid airtime and other value-added services sales only partially offset by higher volumes from insurance and lending.

Net1 UEPS also noted that, based on recent public statements by the South African minister for social development, it expects to be released from a social grants payment contract by the end of September 2018.

After years of uncertainty and litigation relating to the social services contract held by our subsidiary CPS, we now appear to have more clarity and are likely to be relieved of our constitutional obligations by September 2018, allowing us to dedicate all our energies, resources, products and distribution toward our strategy of providing financial inclusion services in South Africa and internationally. We planned appropriately for this eventuality, and the strides we have made and traction we have already gained, give us increased confidence that Net1 has never been better positioned to return to being a sustainable and profitable growth company on an international scale.

Looking ahead, Net1 UEPS expects adjusted earnings per share to be in the range of at least $1.61 excluding any fair-value adjustments, and more than $2.00 per share including those adjustments. Most investors were looking for full-year earnings of $1.68 per share.

Given Net1 UEPS' relative outperformance this quarter, its solid guidance, and the impending release from its social grants payment contract, it's no surprise to see the stock rebounding today.