The stock market has finally given investors a mild setback, with volatile moves both up and down so far in 2018 after nine years of nearly straight-up bull market gains. The most popular stock market indexes have all posted official corrections, and many of them remain well below their record-high levels set early in the year.

The stock market is a market of individual stocks, though, and even with major benchmarks having stalled, some companies are enjoying unparalleled success. In particular, TransEnterix (NYSEMKT:ASXC), BeiGene (NASDAQ:BGNE), and Legacy Resources LP (NASDAQ:LGCY) have all quadrupled in price in just a single year, and investors who are just finding out about them want to know if there are further gains in their futures. There aren't any sure things in investing, but the prospects that all three of these companies have could fuel additional advances if things go right for them. 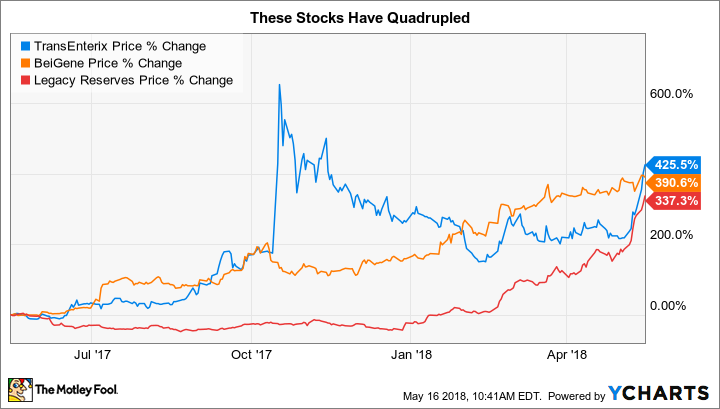 The rise, fall, and rise of TransEnterix

TransEnterix has seen the biggest rise out of these three stocks, but it's also followed the most volatile pathway to get there. The company's initial jump came in early October after the maker of the Senhance Surgical Robotic System got clearance from the U.S. Food and Drug Administration as a substantially equivalent robotic surgical system to already approved medical devices available on the market. Investors had anticipated the possible regulatory win, but the stock nearly doubled in a single day immediately following the approval.

After that, the reality of the highly competitive market hit home, and shareholders saw much of their gains evaporate. Yet in recent days, TransEnterix has seen some new excitement, as first-quarter financial results showed signs that Senhance is gaining adoption.

Most encouraging was the news that the company had already sold three Senhance systems in the first month of the current quarter, leading many to expect even more dramatic growth in the quarters to come. If TransEnterix can keep up its pace of sales, then consistent profitability will follow, and that could generate the momentum needed to keep its share price on the rise. 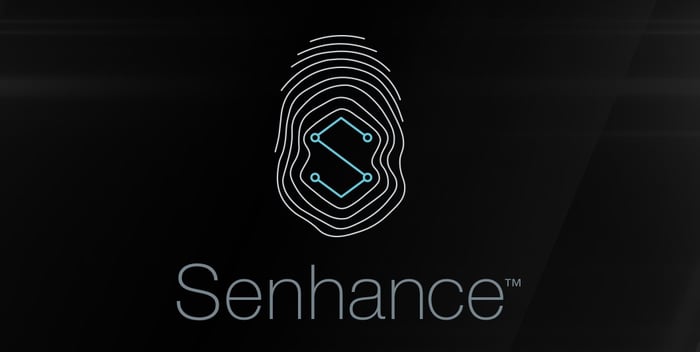 BeiGene more than gets by

BeiGene was almost an unknown name a year ago, but the Chinese biopharma company got a big boost when news hit last July that it would collaborate with biotech giant Celgene (NASDAQ:CELG). Under the terms of the deal, Celgene got rights to non-Asian global sales of a BeiGene candidate treatment for fighting solid cancer tumors. In exchange, BeiGene got the rights to sell Celgene's Abraxane, Revlimid, and Vidaza in the Chinese market, as well as $263 million in cash, a $150 million equity investment, and Celgene's existing commercial operations within China.

Since then, BeiGene has seen further success. Clinical trial activity has accelerated dramatically, and a successful secondary offering of stock gave the Chinese company plenty of additional capital to finance further research and development. Between its own pipeline of candidate drugs and the opportunities that it has gotten from Celgene, BeiGene has everything going for it right now and its share-price behavior matches up well with views of where the biopharma company is headed.

Finally, Legacy Resources is an oil and gas exploration and production company with extensive holdings in many key production areas of the U.S., including the Permian Basin, Rocky Mountain, Mid-Continent, and East Texas regions. Legacy, which was formed as a master limited partnership, counts more than 10,000 productive wells in over 600 oilfields nationwide among its assets. Like many exploration and production companies, Legacy has had to deal with plunging revenue and massive losses due to the drop in oil prices that began in late 2014.

A couple of things have driven Legacy's turnaround. First, the rise in oil prices has helped to bolster the value of Legacy's production, taking some of the pressure off its income statement. More importantly, though, Legacy decided earlier this year to convert itself to a regular corporation, giving up the tax benefits of master limited partnership status in favor of greater simplicity. By doing so, Legacy believes that investors are more likely to give it full value for its assets. So far, shareholders seem to agree, and if rising crude makes it easier for the company to pay down its extensive debt load, then Legacy could see even further gains.

Be optimistic -- but reasonable

These stocks have already quadrupled, so it's not fair to expect to see anything like the extraordinary returns that these three stocks have generated. Yet their prospects remain solid, and even if another 300% move up isn't in the cards, it's completely possible that Legacy, BeiGene, and TransEnterix could deliver good long-term returns for their investors.