Please ensure Javascript is enabled for purposes of website accessibility
Log In Help Join The Motley Fool
Free Article Join Over 1 Million Premium Members And Get More In-Depth Stock Guidance and Research
By Jeremy Bowman – May 23, 2018 at 10:59AM

Shares of the retailer fell in spite of a solid earnings report as the company missed analyst estimates on the bottom line.

Shares of Target (TGT 4.98%) were falling today after the big-box chain missed bottom-line estimates in its first-quarter report. As a result, the stock was down 5.2% as of 10:56 a.m. EDT. 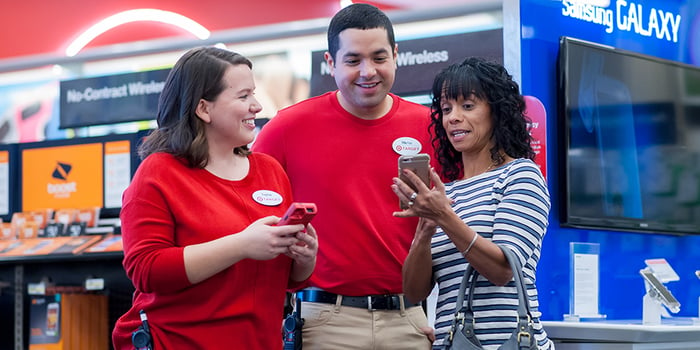 Target's overall numbers were solid as traffic surged 3.7%, its strongest quarterly performance in more than 10 years, which drove comparable sales up 3%. Digital sales were up 28%, better than the 21% increase a year ago, and overall revenue rose 3.4% to $16.8 billion, which beat estimates of $16.6 billion.

However, investments in store remodels and its e-commerce business as it works to integrate Shipt, as well as ramp up same-day delivery and its Target Restock program, weighed on profits. Gross margin fell 20 basis points to 29.8%, and operating margin was down 90 basis points to 6.2% due in part to higher wages. With the benefit from the lower tax rate, adjusted earnings per share increased 9.4% to $1.32, but that still missed expectations of $1.38.

CEO Brian Cornell said, "We're very pleased that our business continued to generate strong traffic and sales growth in the first quarter, as we made significant progress in support of our long-term strategic initiatives," and noted that home, essentials, and food and beverage were the company's strongest categories in the quarter, offsetting weakness in areas like apparel that are more sensitive to weather.

Cornell also said that the company's strong traffic momentum had accelerated in the second quarter, and he projected comparable sales growth in the low to mid single digits. On the bottom line, Target is calling for second-quarter EPS of $1.30 to $1.50, which would be a 15% increase at the midpoint from a year ago. Analysts had expected a per-share profit of $1.38. For the full year, Target sees adjusted EPS of $5.15 to $5.45 on low-single-digit comparable sales, which compares to the analyst consensus of $5.28.

Target's initiatives and store remodels seem to be resonating with customers as the strong sales growth indicates. Considering that and its solid guidance, today's sell-off seems to be just typical Wall Street short-sightedness, as the stock is getting punished merely for a quarterly earnings miss.