Please ensure Javascript is enabled for purposes of website accessibility
Log In Help Join The Motley Fool
Free Article Join Over 1 Million Premium Members And Get More In-Depth Stock Guidance and Research
By Steve Symington – May 30, 2018 at 2:23PM

The Swiss watchmaker just delivered a timely beat and raise. Here's what investors need to know.

Let's take some time, then, to better understand what drove Movado over the past few months, and what investors should be watching in the coming quarters. 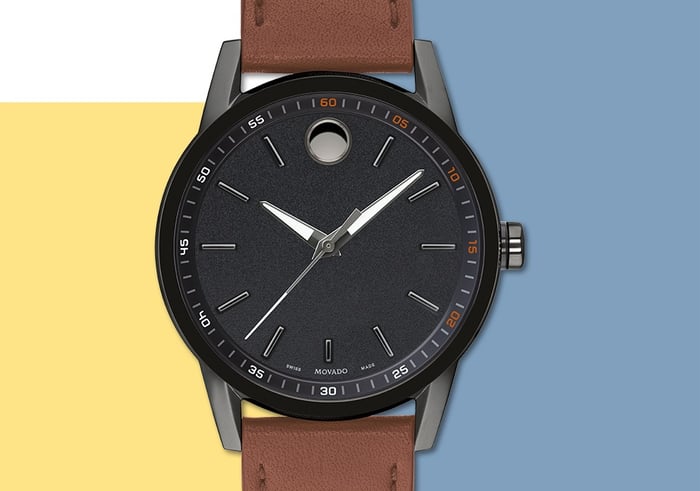 Grinberg elaborated in a press release:

Our first quarter results reflect the team's consistent ability to bring innovation to market that resonates with consumers around the world, which was further enhanced by the execution of our strategic growth priorities. We saw sales strength across regions and channels, generating strong results in our international markets as well as our outlet stores and e-commerce business. This top line momentum combined with gross margin expansion allowed us to deliver an increase in adjusted operating income of over 200%. We delivered these results while continuing to invest in our strategic growth initiatives including an increase in digital marketing and beginning to build out our digital center of excellence. Given our strong first quarter performance, we are raising our outlook for the year.

More specifically, Movado increased both ends of its previous full fiscal-year 2019 revenue outlook by $10 million, for a new expected range of $615 million to $625 million. Movado also anticipates operating income for the year in the range of $71 million to $73 million, and net income of $2.35 to $2.40 per diluted share. By contrast, most investors were only anticipating full fiscal-year earnings of $2.23 per share on revenue of $608.9 million.

All things considered, there was nothing not to like about this stellar quarter from Movado Group, especially given the increasingly crowded market for wearable technology. Even with Movado shares having nearly doubled in the year leading up to this report, it's no surprise that bullish investors are cheering once again today.

Why Movado Stock Might Have More Room to Run

Why Movado Stock Was Slammed on Tuesday