Please ensure Javascript is enabled for purposes of website accessibility
Log In Help Join The Motley Fool
Free Article Join Over 1 Million Premium Members And Get More In-Depth Stock Guidance and Research
By Brian Feroldi - Updated May 30, 2018 at 3:37PM

Shares jump after the American Cancer Society tweaks its recommended guidelines for cancer screening. Here's what investors need to know.

After the American Cancer Society (ACS) made a favorable change to its screening guidelines for colorectal cancer, shares of Exact Sciences (EXAS -4.29%), a diagnostics company focused on cancer, jumped 11% as of 3:13 p.m. EDT on Wednesday.

The ACS announced today that it now recommends that screening for colorectal cancer should begin at age 45 for people who have an average risk of developing the disease. That's five years younger than its previous guidance.

It made this change after researchers found that new cases of colorectal cancer are becoming increasingly common in younger adults. When combined with ease of use of newer testing techniques -- such as Exact Sciences' innovative Cologuard product -- the ACS felt that this recommendation change was appropriate. 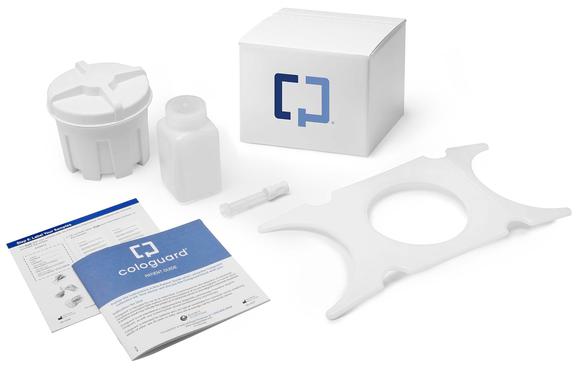 Traders appear to be excited about the potential ramifications of this favorable recommendation change and are bidding up Exact Sciences' shares today in response.

I think that Wall Street is right to look favorably upon this news. If patients and doctors choose to follow these updated guidelines -- and it's hard to imagine why they wouldn't -- then it could expand Exact Sciences' addressable market opportunity by millions of patients. When adding in the fact that the company had previously estimated that it has only captured 2% of its addressable market, the growth potential of this business remains truly massive.

The harder question for investors to answer now is whether shares are a buy at today's sky-high valuation. That's a tougher call. One the one hand, Exact Sciences' revenue is growing extremely fast and the market opportunity ahead is huge. On the other hand, the company is still burning capital and is trading for more than 26 times sales. Any hiccup in the company's growth trajectory could lead to a world of hurt for shareholders.

My view is that the company's recent operating history and market opportunity ahead are strong enough to justify opening up a starter position today. However, its extreme valuation will likely keep the stock's volatility high for the foreseeable future, so bulls need to mentally prepare themselves for a wild ride.