Please ensure Javascript is enabled for purposes of website accessibility
Log In Help Join The Motley Fool
Free Article Join Over 1 Million Premium Members And Get More In-Depth Stock Guidance and Research
By Steve Symington - May 30, 2018 at 1:07PM

The Swiss watchmaker kicked off its new fiscal year on a high note. Here's what investors need to know.

By comparison, most investors were only looking for earnings of $0.11 per share on revenue of $109.5 million. 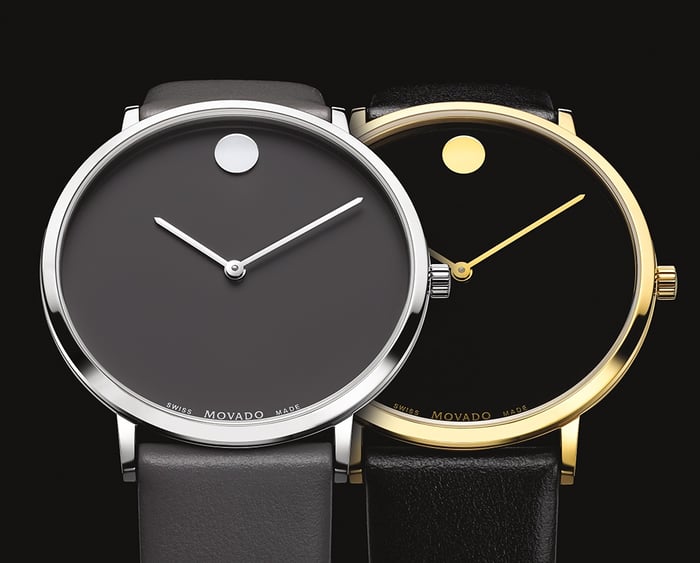 "Our first quarter results reflect the team's consistent ability to bring innovation to market that resonates with consumers around the world," Grinberg added, "which was further enhanced by the execution of our strategic growth priorities."

Given its outperformance in the fiscal first quarter, Movado also increased its full-year guidance to call for sales of $615 million to $625 million (up from $605 million to $615 million previously), and net income per share of $2.35 to $2.40.

All things considered, this was a straightforward beat-and-raise scenario from Movado, and I think the market is right to bid the stock up to a fresh 52-week high in response.

Why Movado Stock Might Have More Room to Run

Why Movado Stock Was Slammed on Tuesday