The Clorox Company (NYSE:CLX) recently expanded its health and wellness product portfolio with the acquisition of Nutranext (formerly Wellnext), a Florida-based, vertically-integrated producer of dietary supplements. As a result, the company has gained a foothold in a market that's expected to reach $220 billion worldwide by 2022.

A frequent deal maker, Clorox has a long history of successful acquisitions and the financial discipline to go with it -- a track record that is reflected in the stock's market-beating performance over the past decade. Part of what makes Clorox a good investment is its focus on acquiring the No. 1 or No. 2 market-leading brands with continuous readjustment of its product portfolio. 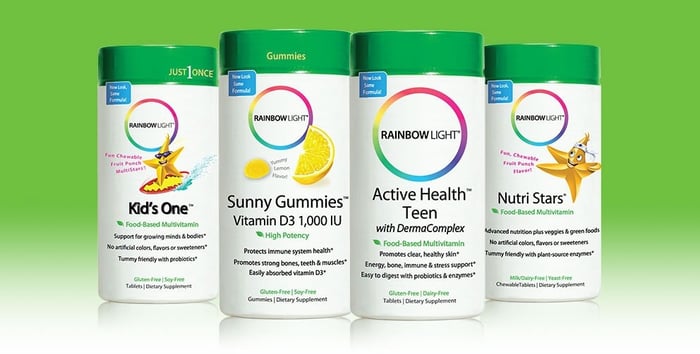 Clorox, which generates $6 billion in annual sales, paid around $700 million for Nutranext. The acquisition has the potential to deliver long-term growth for Clorox, driven by the target company's strategy of premiumization and a focus on high-margin products.

Since 2007, with the help of similar transactions, Clorox has reshaped its brand portfolio and significantly expanded its lifestyle segment with annual compound growth of 7% over the same period. What started as a $500 million business has more than doubled and put up the strongest growth numbers across the entire company. Below are select deals from the past decade:

The company usually takes steps to enter faster-growing segments, particularly in health and wellness -- areas Clorox expects to remain focused on for the foreseeable future. And in the table, you can see acquisitions like the deal with Burt's Bees, which has played a pivotal role in boosting the company's portfolio and market positioning.

So where are the future opportunities?

One major area of M&A opportunity for Clorox lies in international markets where the company has yet to prove that it can achieve success.

The company's management is looking to deliver anywhere from 5% to 7% annual growth in international sales as part of its 2020 Strategy. Clorox most likely needs additional deals to deliver growth at double the rate of the domestic market.

Currently, the company markets its products in over 100 countries. However, international sales account for only 17% of revenue. Outside of North America, Clorox generates the most revenue in Latin America, which accounts for approximately 9% of the top line.

Even though the company is currently facing some challenges in Latin America, including inflation and increasing input costs (which affects players across the industry), M&A opportunities remain in more stable markets. Countries such as Canada, Australia, and New Zealand make attractive regions for two reasons: The consumer profile is very similar to that of the U.S. meaning Clorox can transfer its knowledge to the new markets. And second, there is a booming health and wellness industry in all three countries, an opportunity Clorox should absolutely tap into going forward.

Can an M&A-heavy strategy deliver growth?

So far, a disciplined approach to acquisitions and divestitures has expanded the company's capabilities and distribution channels, including natural retail and direct-to-consumer. As the portfolio at Clorox evolves, it can stand out as a solid performer among its peers. And if the company is able to branch out and apply its winning formula to international deals, Clorox would be in an even stronger position to scale its operations overseas in the future and hit the high sales growth expected in its long-term strategy.